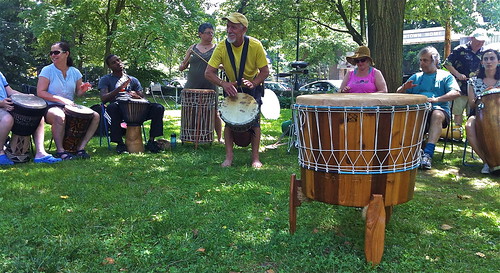 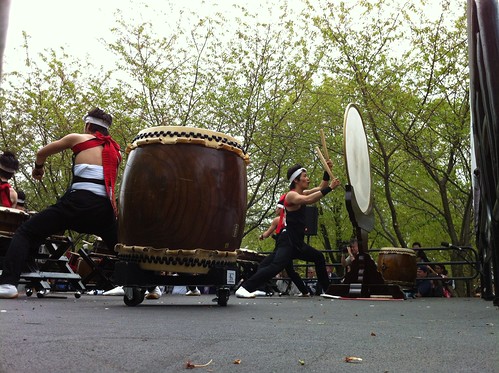 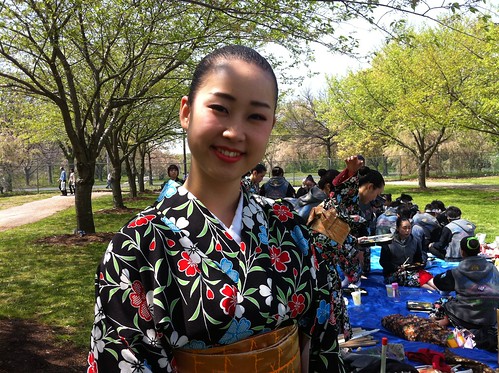 In this video, a male and female dancer from the Tamagawa Taiko Drumming Ensemble talk about drumming interspersed with footage from their performances at the Philadelphia Japanese blossom festival. See Video here. (Translation anyone?) 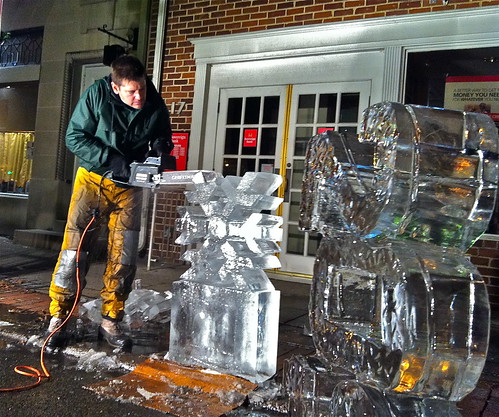 I’m done with all the major cuts. It’s all the way through. Now it’s kind of add feature to the snowflake and know that I only have two feet that it’s standing on. This is going to be the tricky part to get all the detail in. We’ll finish the pedestal and we’ll call it a night. ARE YOU WORKING FROM A PATTERN? I am. All my templates I start with a paper pattern. That’s only one-dimensional. You get into the three-dimensional when you start cutting. HOW DID YOU GET INTO IT? I’m a chef by trade so this is part of my education.  You practice with every piece. Every one is very different. They all have their own kind of temperament, their own characteristics. WHAT’S THE TEMPERAMENT OF THIS ONE? This one is a little tougher, it is getting a little colder so it’s a little bit more of a fight than the “2012.” The “2012” cut like butter, it was a little earlier in the evening, this one’s a little tougher which is Okay.

A popular attraction at the 2012 First Night Carlilse celebration were the"Steppinwoofs" a group of ladies and their pet dogs who dance in choreographed routines: see video clip here. 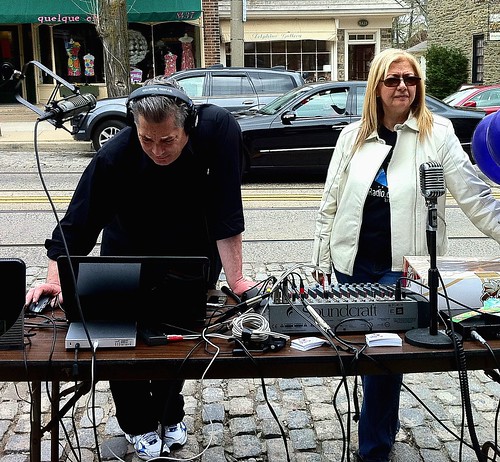 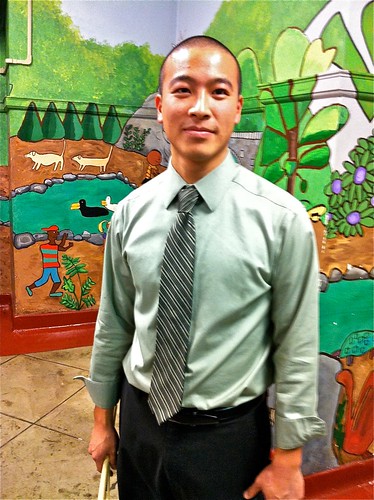 "So please give a hand for the Jenks Bucket Drumming ensemble!...During the school year I start the kids with learning technique, with learning how to read music, music literacy and at the end of every period I have an enrichment section, lesson. They learn bucket drumming or they learn drum set, improvisation, composition. And basically the kids do bucket drumming. We compose pieces together, we improvise ….. I got an idea from the University of the Arts. I attended the University of the Arts. We started an experimental bucket drumming ensemble there that kind of took off. And now it’s developing all over the city. I have seven ensembles in the city that I started and it’s just taking off! That’s what we do here at Jenks. Each bucket is about two dollars and thirty seven cents. And it’s immediate gratification for the kids. So instead of spending months learning fingering and armature and technique for a saxophone or clarinet, you pick up a pair of sticks and immediately play and you sound OKAY." Philadelhia School District Music teacher with the J.S. Jenks Middle School bucket drumming ensemble at the winter concert. 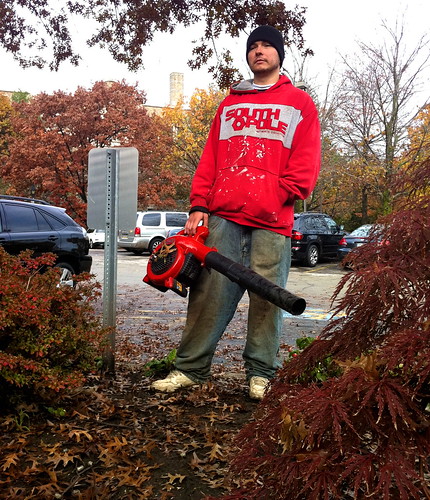 In the tree filled neighborhoods of Mount Airy and Chestnut Hill, autumn brings the gentle, rustling sound of fallen leaves but, just as commonly, the roar of leaf blowers used to collect them.