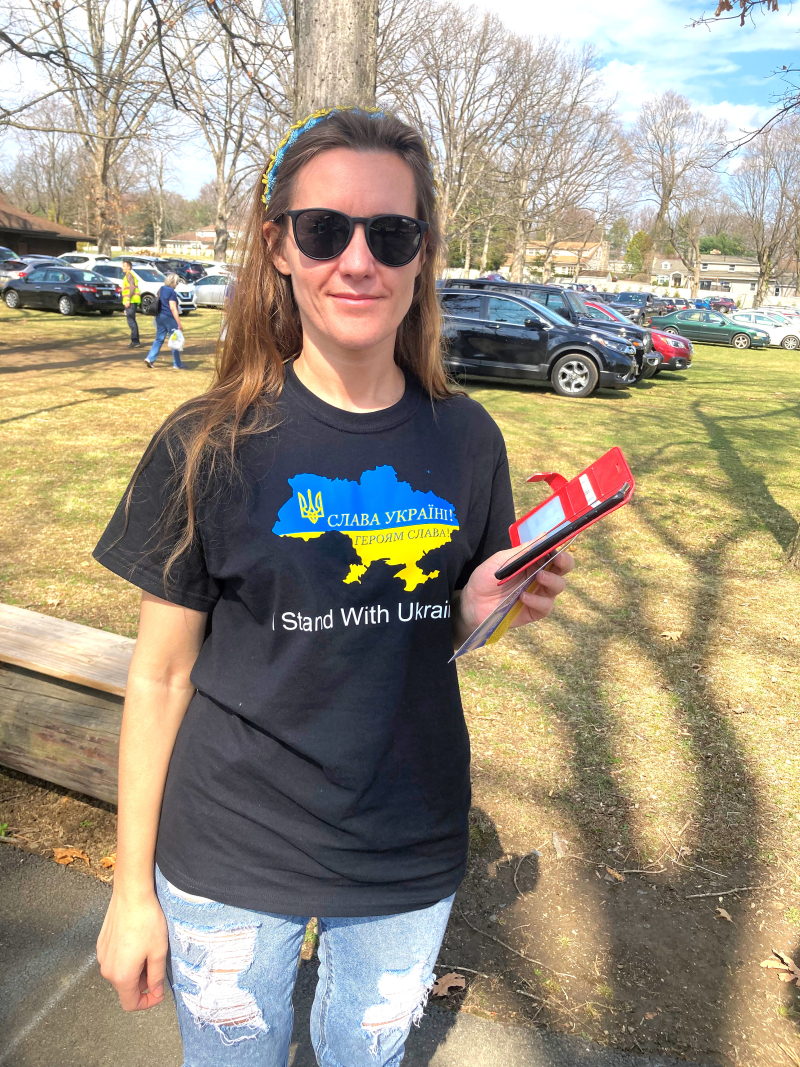 A woman waiting in line at the bake sale at St. Martin the Archangel Ukrainian Catholic Church in Jenkintown, PA on Saturday March 19, 2022 was intently swiping away at a “2048”type of online game called “Play for Ukraine” on her smart phone. The event, attended by several hundred, if not more than a thousand, people waiting in a long line to purchase pierogis, borscht, sausage, roasted potatoes, sauerkraut, cakes and pastries was raising money for medical supplies and also for equipment for the Ukrainian military. Five stations inside the social building accommodated the patient crowd. Outside, re-enactors dressed in 17th century costumes had a tent display and talked about the close historical and geo-political ties Ukraine has had with neighbors such as Poland. More photos of the event are here.

“It’s a serious game” the woman said and pointed out how many attacks the game notified her she had made on the Russian military. She had accessed the game through the official Ukrainian Facebook site. According to several news reports, the game is part of Ukraine’s effort to recruit the vibrant Ukrainian crypto community into a volunteer IT army. Reports say nearly 300,000 volunteers have been organized through the Telegram messaging app and, using VPN,and are tasked with different missions.

“It doesn’t matter whether I win or no,” the woman said as she busily doubled 2s to 4s, 4s to 8s, etc. According to media source Fast Company, each move a player makes effects a DDOS (Dedicated Denial of Services) attacks on a targeted Russian website. 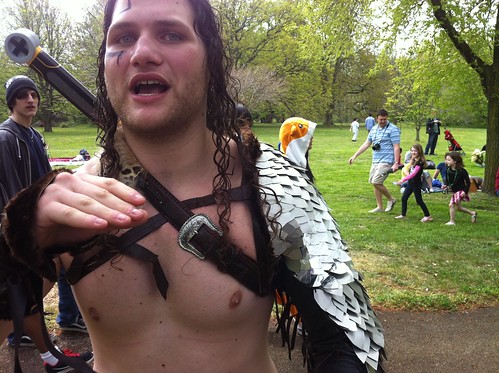 “Nayus, son of Hamuka. You wish me to talk into your box, yes? There’s a man in there. He captures the moment as though it was real for all the world to see. He comes to the festival to partake in such beautiful festivities. Look at the lovely, lovely lasses as they play their music. Nayus likes to  do such… Nayus is actually from a place called Tamriel. Yes, for you see he was transported here. Oh yes, my name is Nayus, apologies yes. Nayus, son of Hamuka is my name. I am from a place called Tamriel. A lot of people don’t understand what Tamriel is.  Maybe you have actually heard of Skyrim, yes? No, you have not heard of Skyrim? It is a place really popular among these people, they understand. Nayus, on his last trip, he encountered, how you say, the dragon priest, yes. And the battle raged on for hours on end. And finally, Nayus finally got the upper hand on the dragon priest and the dragon priest got weak and tired and ripped open a portal and sent Nayus through the portal and here is in this realm amongst all the lovely young women and lasses and lads. And now I am here but I really wish to return to my home even though, like I said, the lasses are truly beautiful. Yes, that is who- Nayus…” Nayus, son of Hamuka, of Tamriel of Skyrim, in the realm of the Japanese Sakura Festival, Fairmount Park Horticultural Center, Philadelphia, Pennsylvania.