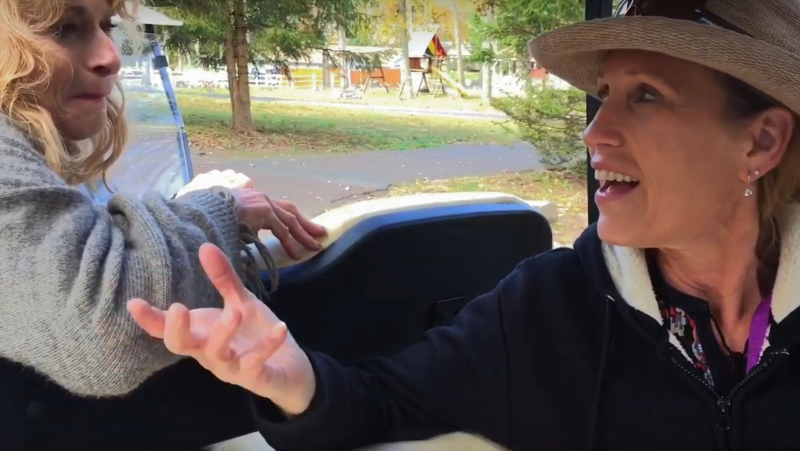 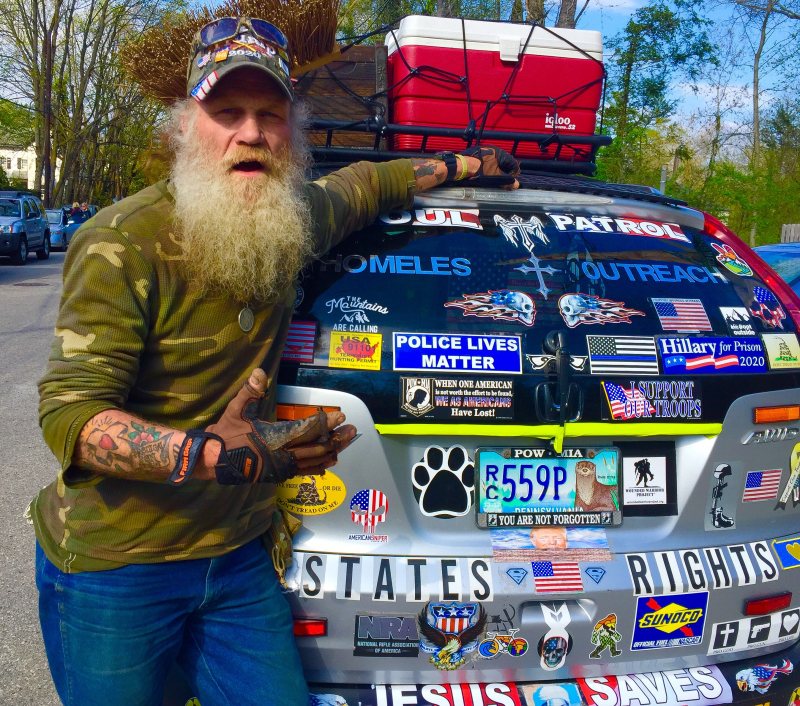 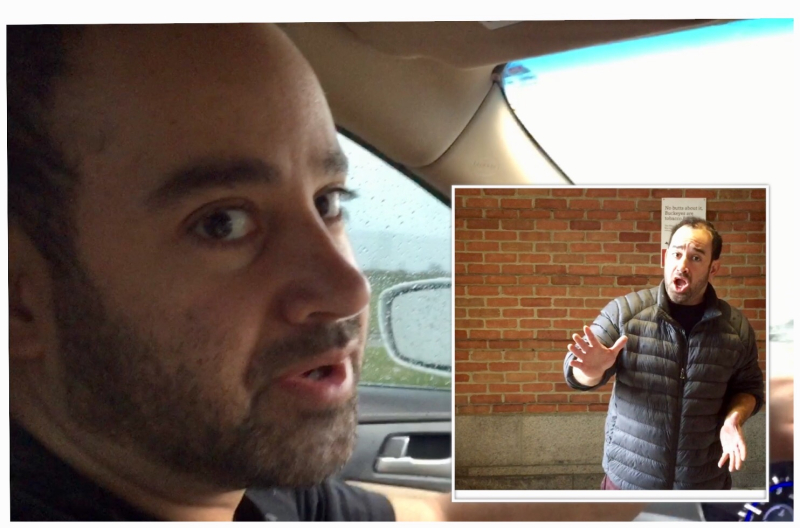 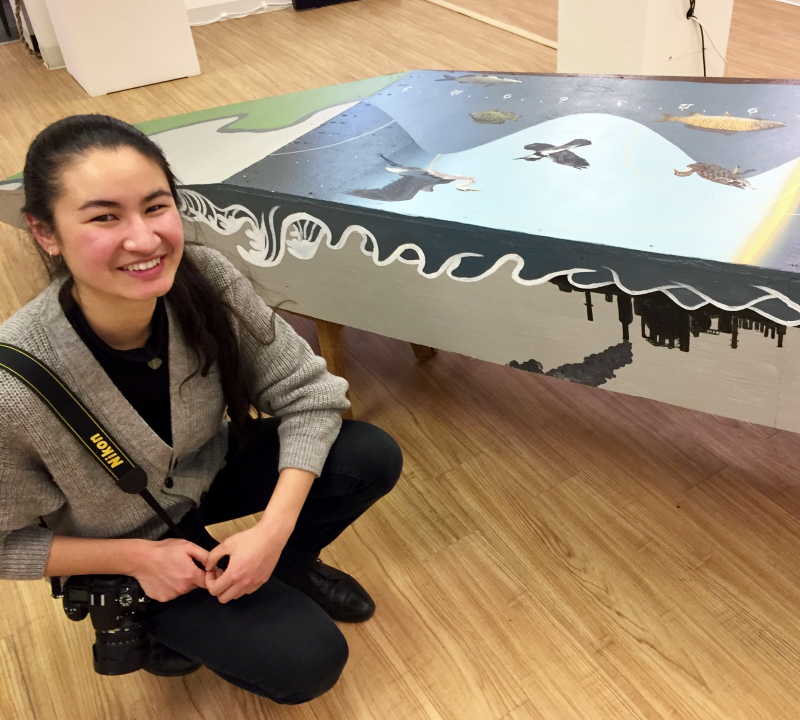 Chloe Wang fell in love with the lower Schuylkill River after she put in the river down by Bartram’s Gardens. The boat was an English style flat-bottomed canal "punt" that she and other Haverford College students had just built earlier in the day during a breakneck 6-hour workshop led by the Brooklyn based activist artist boat-building collaborative, Mare Liberum, www.thefreeseas.org That was 2015. Now she works for Bartram’s Gardens in its community boathouse program. The initiative allows people to take out kayaks and rowboats on the river for free on Saturdays from April to October. Just this year the “punt” was pulled from storage and dusted off. Wang was invited by Mare Liberum to help paint a mural on the bottom depicting the river’s tides and the non-humans that inhabit the river environment for a new exhibit on the Hudson and Schuylkill rivers at the Schuylkill Center for Environmental Education. Painted on one side is a black silhouette of downtown Philadelphia, on the other the silhouette of the South Philadelphia oil refineries: both border the river. Your correspondent engaged Wang in the art gallery some minutes before the Center’s annual Richard James lecture, honoring its founder, which this year featured experts discussing “Water: Peril and Promise.” Watch video interview of college student who built then navigated canal boat,then painted mural on bottom for nature center gallery exhibit on rivers. 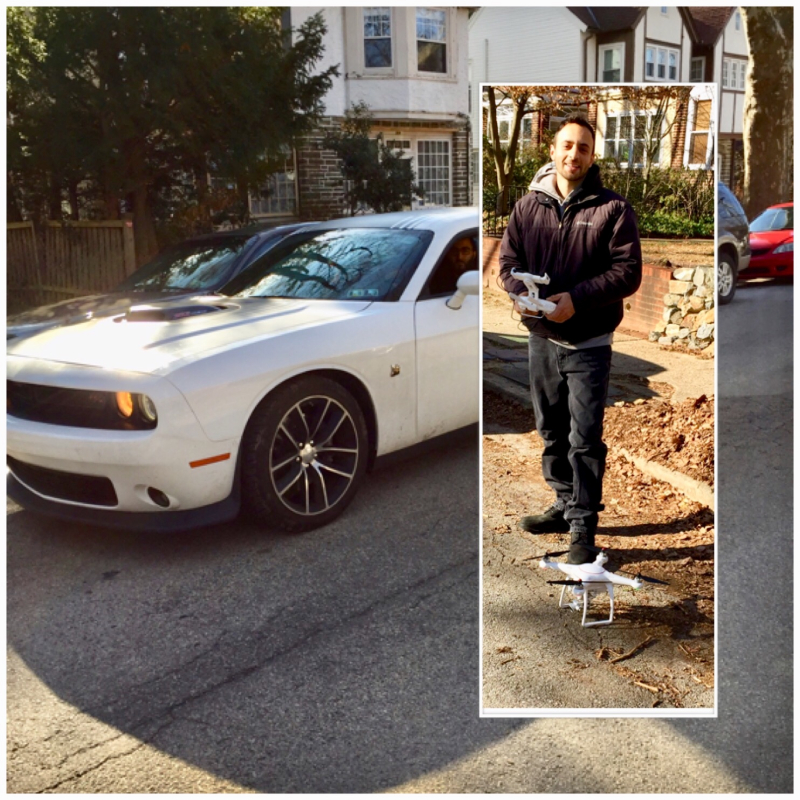 ​As your correspondent was walking home, a guy operating a drone above was in the street opposite a white sports car idling in the driving lane. Maki Hristo has a mobile car detailing business. Before he and his partner started cleaning and detailing the sports car in a nearby parking lot they were filming the car while it was still dirty with a drone-mounted 4K camera for their aerial “before” shots. Both the “before” and “after” will likely soon be presented among the slick music videos showcasing their detailing talents on Instagram and YouTube @MakiMotors Watch car detailers make movie with 4k drone camera

Posted at 11:55 AM in CARS AND VEHICLES, MOVIES, TECHNOLOGY, Web/Tech | Permalink 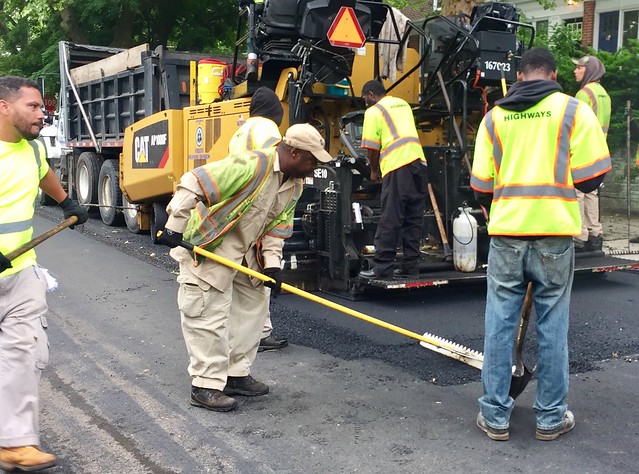 Watch video and interview here. An operator high atop a pneumatic asphalt paver was assisted by two "back men" (otherwise called a screed or back end operators) at the rear of the machine on a little platform slightly above street level and by a crew of about 10 holding rakes, "lutes"and shovels laying down new street "mat" in northwest Philadelphia, Chestnut Hill. One back man who has been with the streets department since 1997 explained how this new half a million dollar computer-enabled paver is much superior to the 1996 model he originally worked with. He can monitor the job on a 7 inch display as the paver lays down what appears to be a couple inch thick layer of hot steaming asphalt and smoothly seam in a new section to an existing one, in automatic or manual mode turning the levels. It's important to regulate the speed, depth of material and and create a proper crown proper sloping down to the curb edge for rainwater to drain off. And a good back man, he says, makes less work for the foot crew who finish off the leveling work. 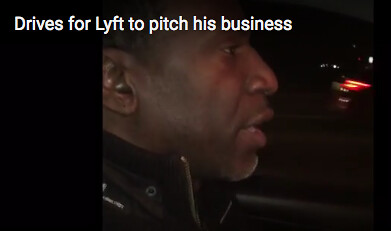 James drives for Lyft so he has the time to talk to his passengers about credit and pitch his company's services (FES Protection Plan)  for credit restoration for a monthly payment of $87, and to pitch identity protection through Lifelock and to hook people up for trust/will attorney services and insurance products. Watch video here. 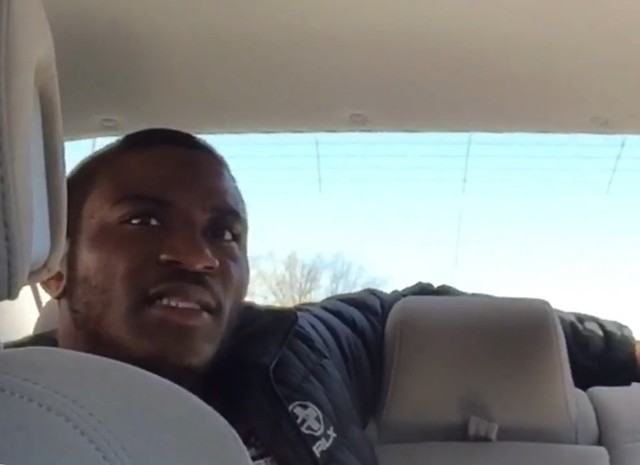 I was the first of three riders and we were all a little confused about how many potential riders there could be, how far out of our way we'd be going, who would be dropped off first and how the fare would be split if we're all starting and ending at different locations. We did conclude that we saved some money, lost some time and our driver had to work harder with all the intermediate pickups and drop offs. Watch video interview here.

Posted at 04:00 PM in BUSINESS, CARS AND VEHICLES, WORK | Permalink 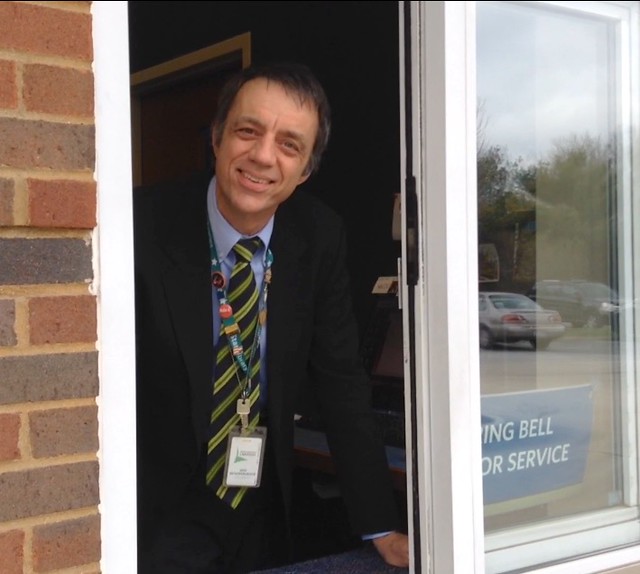 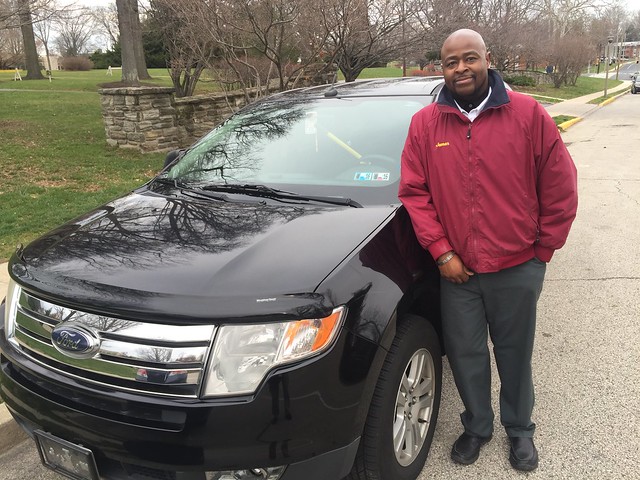 Jamar White got his first car two years ago at age 33. He had failed his driving test when he was 16 and it wasn't until he met his future wife, Marsha, who encouraged him to try again that he passed the test on his first try and bought his first car. He lovingly polishes the black Ford SUV during his lunch breaks.  Just a few months ago he and Marsha married and they drove right down to Baltimore to connect with what turned out to be a  memorable honeymoon cruise to the Bahamas. Watch video here.