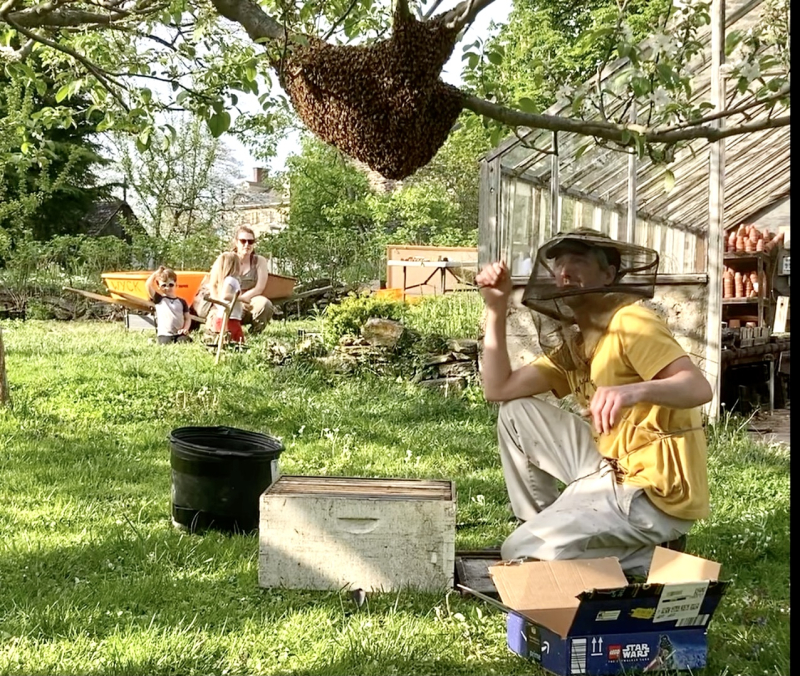 Jeff Eckel, a beekeeper, was called to the Wyck Historic House and Garden because one the hives he maintains there had swarmed. The queen, likely after having laid eggs that could be nursed to raise a new queen, had emerged from a hive and flown to a low-hanging limb of a nearby apple tree, attracting what Eckel believes, based on its size, upwards of 12,000 worker bees. There they clung together in a large, bulgy triangular shaped clump. A halo of bees circled round.

Eckel placed an empty brood box directly below the hive, donned a beekeeper mask, then, almost nonchalantly, gently scraped the bees at the bottom of the triangle off with a large plant pot. Many toppled below onto the box but many were collected in the pot and Eckel dumped them with one deft shake onto the box. He repeated this a few times and afterwards put a cover with a hole on the top; bees could also continue to enter through a side entrance. The way the bees clung to the box and the way a mass of them on the ground began to start “marching”toward the box led him to believe that the queen was among them. There were still quite a number of bees on the limb and it could be the queen was still there or that the strong pheromone scent she had left on the limb kept many bees attracted to it. Eckel shook the limb vigorously several times causing more to drop down, pausing in between shakes and reassessing. He explained that he didn’t need to use smoke because the bees by nature are calm when they swarm. But after a couple surprise stings and a fair number still on the branch, he brought out a bee smoker and, still without a beekeeping suit, alternated misting and shaking most of the remaining ones down onto the box.

Eckel, who also works as a Pennsylvania beehive inspector describes honeybees as “agricultural livestock.” He was planning to take the new hive to another of the locations he maintains in the area. Left unattended, he said, the swarm might have conveniently but undesirably relocated itself to someone’s house.

As it was a farm club afternoon at Wyck, several volunteers, your correspondent among them, observed Eckel’s bee removal operation and Eckel cordially shared his knowledge about honeybee behavior, problems such as mites and colony collapse disorder, and the economics of beekeeping

This was the second time this season Eckel had been called to remove a swarm and, as it turned out, after this latest visit he would be called another two times to capture swarms.

To see all the photos in the album, click here. 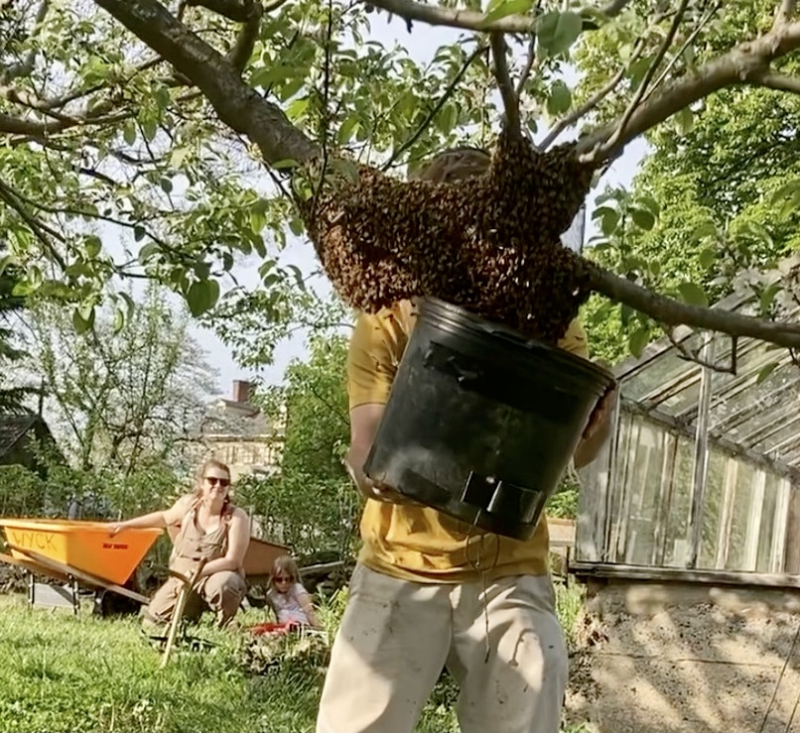 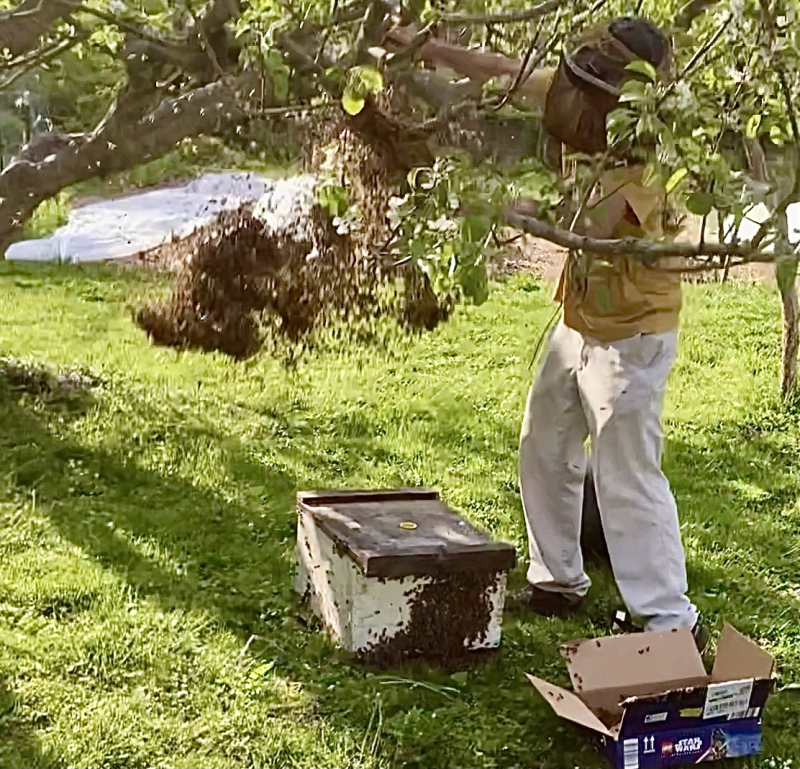 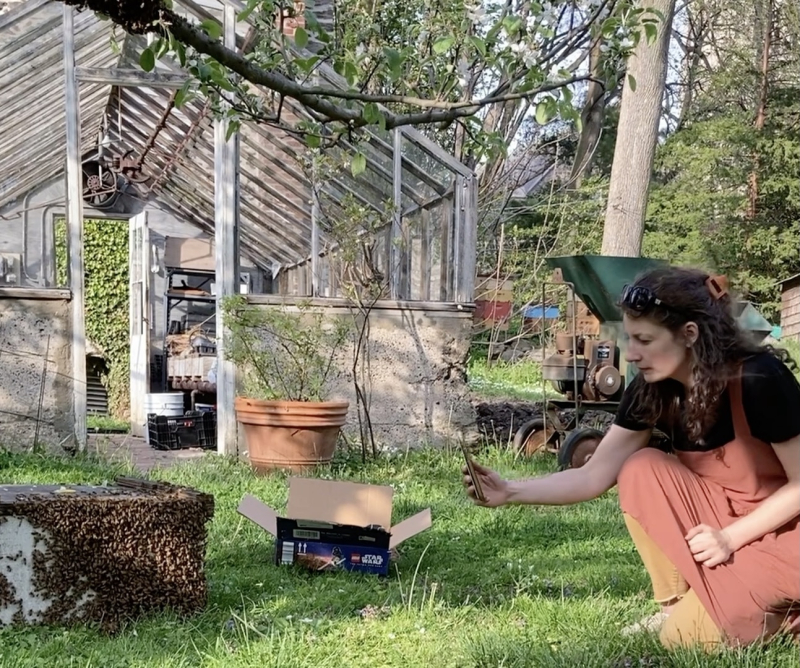