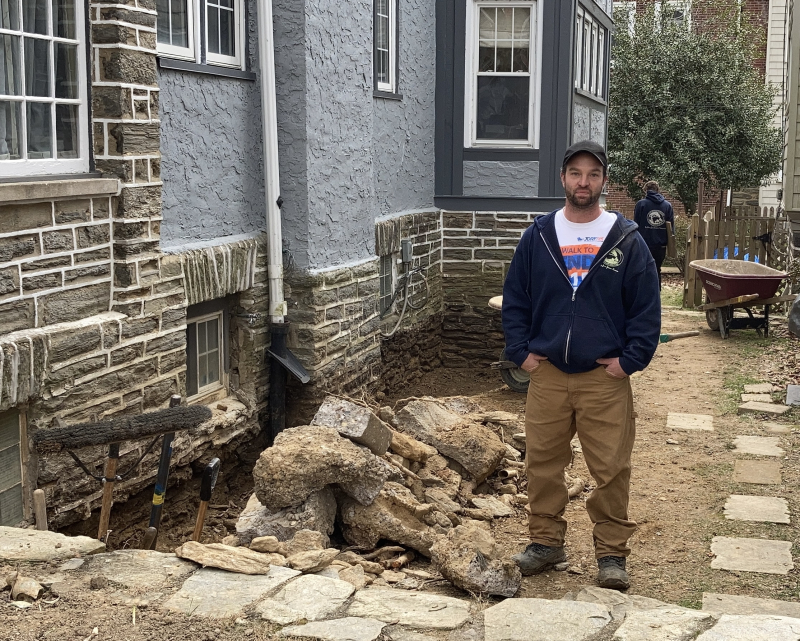 Pete Golascewski and a workmate from David Brothers Landscape Services brothers were about to clean off a lower wall of a house and patch and seal it after excavating a 3 foot deep trench alongside it. Water had been coming into the house. An engineer suggested the project to stop the infiltration. The trench will be filled with a clay soil which is less penetrable than the naturally existing soil. The soil will be put down in layers, sloping away from the house. The work crew will also install new window wells. Golascewski says these jobs have become ever more frequent in recent years because of very heavy rain falls. He doesn’t profess to be a scientist but nevertheless believes the heavy rainfalls contributing to the burgeoning demand for this type of landscape construction work can be attributed to climate change. Watch video interview of landscaper describing basement waterproofing construction job here.