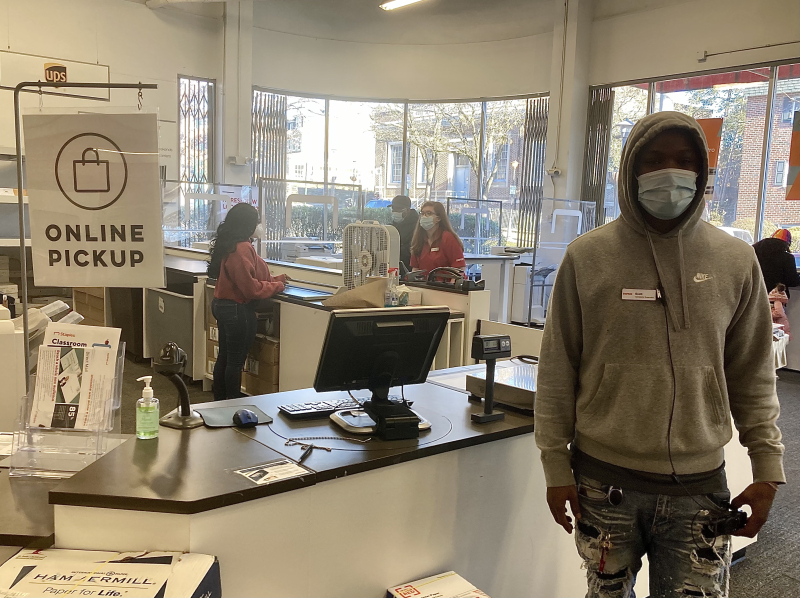 According to Chestnut Hill Staples store manager on duty Scott Clark, the staff is scrambling to make up for the loss of Mark Carver, the store’s print Manager for over 10 years. Carver is well known in the community (and your correspondent) for his astounding service and commitment to customers. Testament to his dedication and laments about the restructuring that led to his severance have been steadily pouring in on the NextDoor platform. Clark says work is becoming difficult because the store’s general manager is being called to fill in the gap in the print department to make up for the work that Carver had been so ably managing. “Who’s going to manage the store when she does?” Clark asked rhetorically. Moreover, 75% of the print staff are new hires. He reports that a lot of people have been coming in to the store to express support for Carver. And he had no reservation about speaking publicly. In fact, he says, the staff has been actively and collectively pushing the clamoring of customers back to Staples management. Your correspondent is awaiting a response from Staples corporate communications

Posted at 10:23 AM in BUSINESS, protest, WORK | Permalink