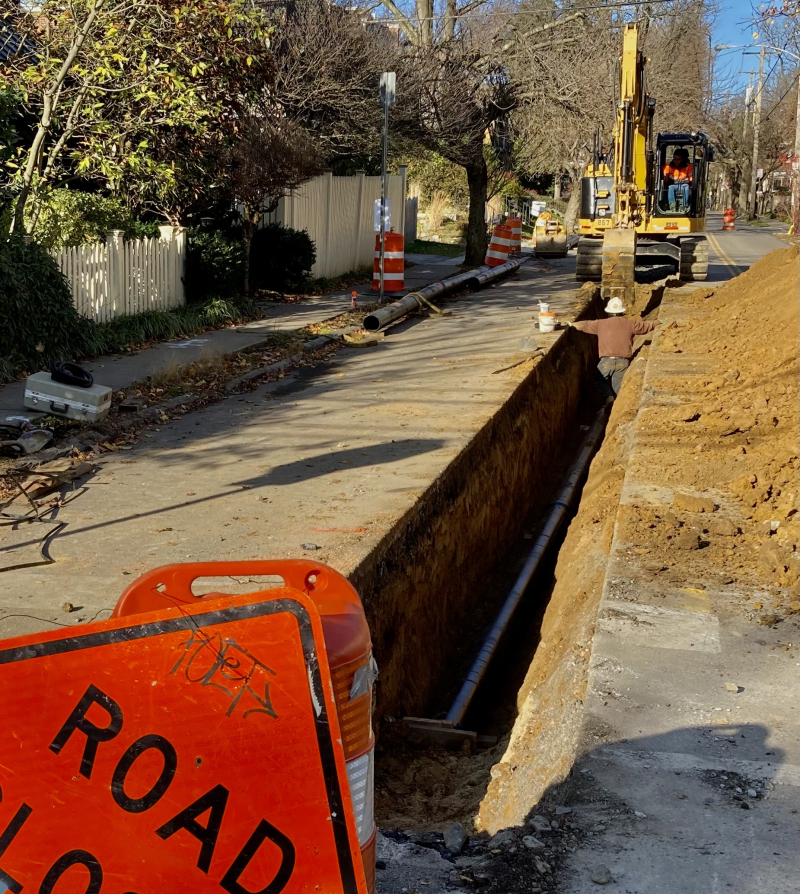 Workers put in new water mains along Ardleigh Street north of Gravers Lane in Northwest Philadelphia. An excavator scoops soil to form a 5 foot deep trench. A section of pipe is then strapped to the machine and lowered gently into place. One of the workers says that before the line becomes active it will be filled with chlorinated water to “shock” it and then flushed with clean water. Water running through the new line will then be tested to make sure it meets quality standards before the switch is made to the new line. The existing pipe runs just adjacent to where the new pipe is being laid. Some days before a new juncture was put in at the intersection of Ardleigh Street and Gravers Lane. The pipes that had been staged along the street south of Gravers Lane appeared to be of a wider gauge than those to the north of Gravers. These photos and video were taken on December 3. On December 21, a worker hand delivered postcard size notices from the Philadelphia Water Department advising residents along East Highland Avenue that the water would be shut off on December 22 from 9 to 4 due to construction. Your correspondent supposes that this will be the time when the switch is made from the old to the new line. Watch video of construction hereFor more information visit PWD at https://www.phila.gov/water/wu/drinkingwater/MainBreaks/Pages/default.aspx