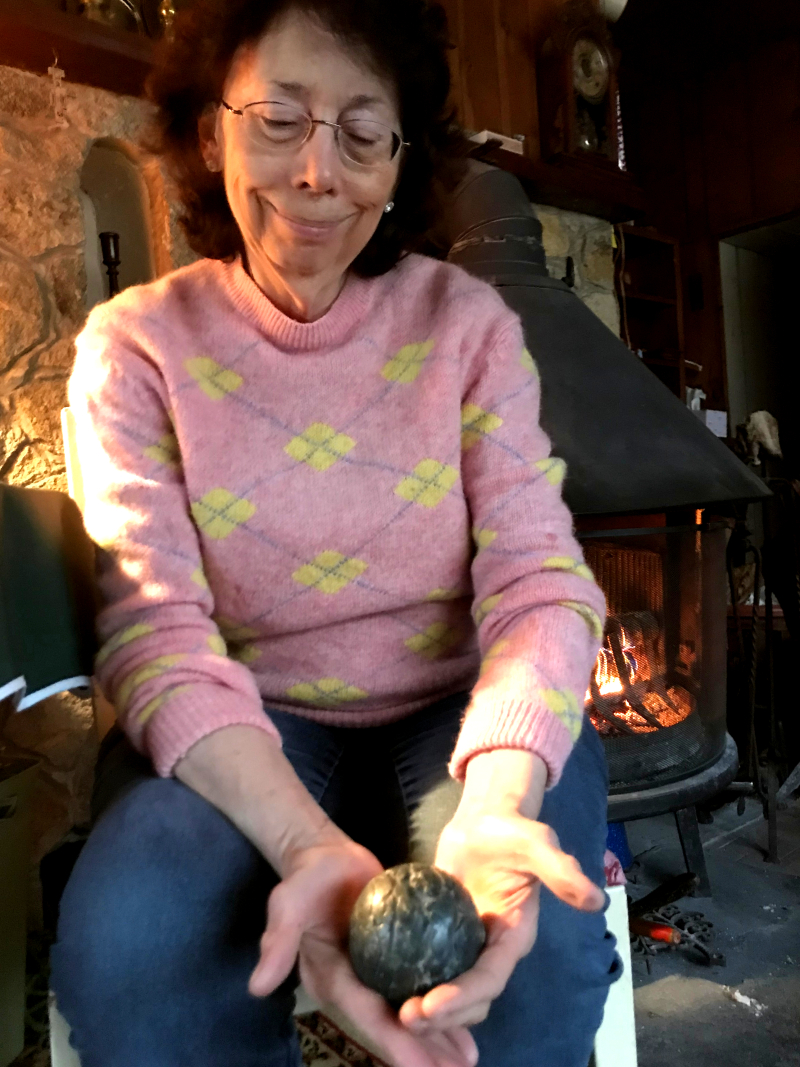 Dorothy Brown, 69, has lived on her family's property in Solebury township on Old Windybush Road nearly all her life, first in the house up the hill, where her brother lives, and now in the house her grandmother had built as a retirement home. Four generations have enjoyed extended family living between the two houses. Brown relishes the sounds, the smells and the people that she knows so well and figures she's the oldest resident in the township. Old Windybush Road was the main route for farmers bringing their produce to sell in Philadelphia. There was a watering trough for horses across the road and a blacksmith's down the road where the farmers could get their horses shod. The area has become very developed over the years but bond issues have allowed the purchase of development rights to preserve thirty percent as farmland and open space. Watch video interview about historic Solebury township.

Click this link to a video  where Dorothy Brown shows an 8 pound cannon ball dating back to the Revolutionary War  that her daughter found sticking out of the mud on her way home from work at an ice cream store in New Hope. Brown recounts that the British were bombarding the colonists from the New Jersey side of the Delaware River after Washington had commandeered all their boats.