Paper-mache penguins not real, science is 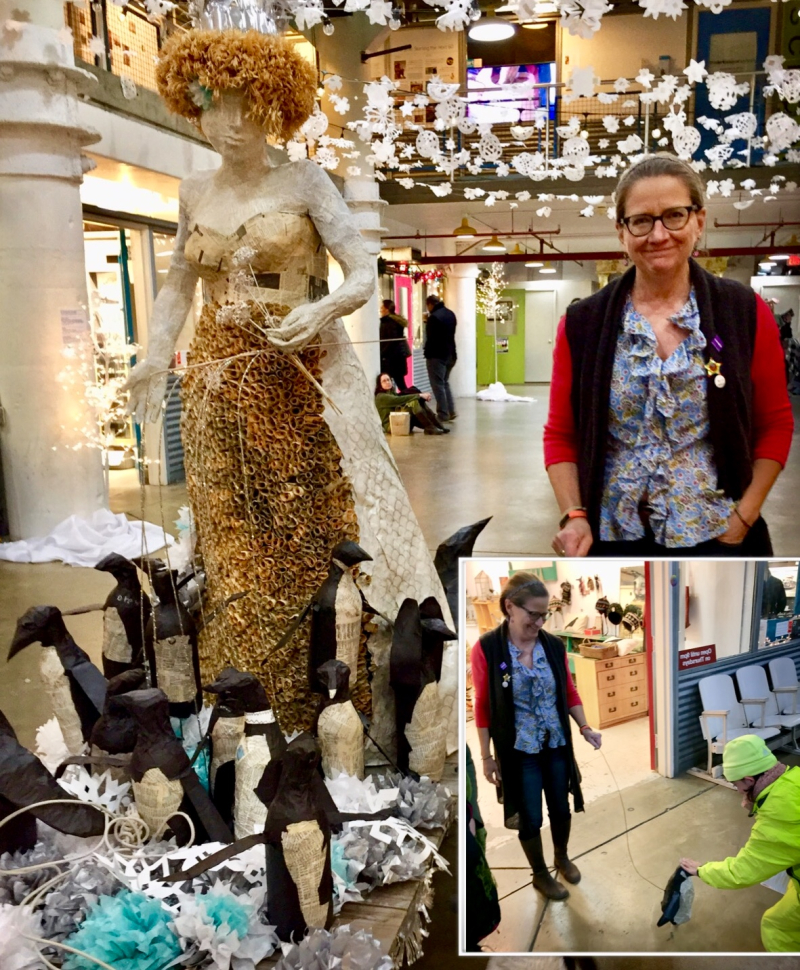 Found object/ceramic artist Lisa Schumaier constructs whimsical and politically pointed raku and paper-mâché sculptures. In one, small paper cutouts with the faces of friends and family members pump signs up and down in front of a large paper-mâché Republican Party elephant. Originally, the figures were protesting the first Iraq war, then the second Iraq war and now they are about to find new purpose when Lisa adds pink pussy hats to some. She does projects with students and, in a subtle nod to the science is real movement, they’ve fashioned rolling soda can penguins 🐧, bobbing wire hanger penguins and affixed penguins to the base of one of the large scene installations Lisa has prominently on display in the hallway outside her studio with in Alexandria’s Torpedo Factory Artist Center. Watch video tour of artist's funny political protest art and interview.