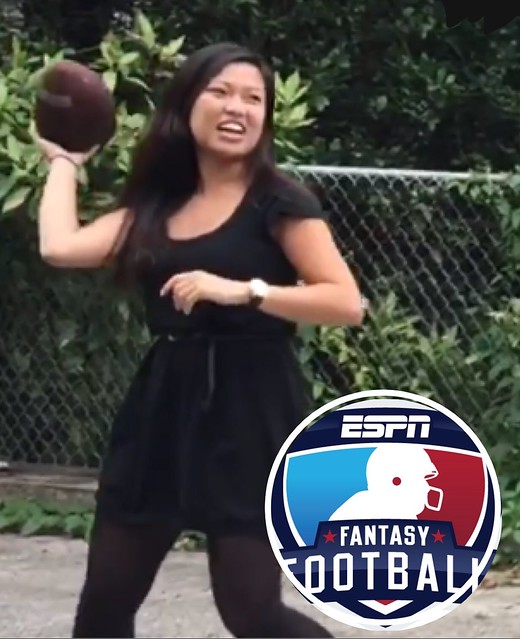 In 2013, Kim Hyunh got so tired of hearing about fantasy football from the guy she was then dating that she joined his league. He was the league commissioner and she went from on to beat him - and perhaps, not coincidentally, break up with him. Now she's a league commissioner herself. Her teammates,all guys, liked her idea of having a rubber ducky race to determine draft order and of having a weekly challenge. And how could they veto the "Kim"missioner? She wishes more girls would play. Watch video here. And in  this video she explains how fantasy football works and her current role as commissioner of her own fantasy league, the "Ducking Awesome League."