Picnic and paddle to stop the oil trains 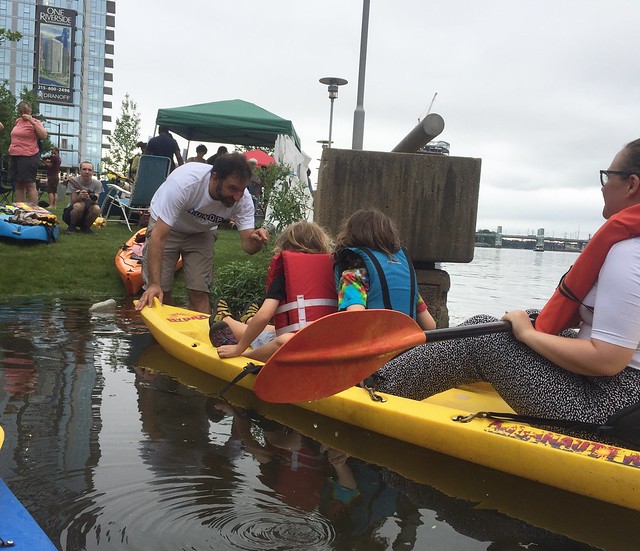 Under the watchful eyes of a score of officers from the Philadelphia Police foot and marine patrols, the PA Fish and Game Commission and the US Coast Guard, serious but festive protesters stage a family picnic and paddle on the Schuylkill River in Philadelphia to mark the third anniversary of the Lac Megantic Ontario oil train derailment that killed 47 people. Coryn Wolk of the Clean Air Council points to data showing the outdated tank cars are subject to puncture even at the low speeds they move through Philadelphia, putting 700,000 residents in the potential blast/evacuation zone at risk. Clean energy groups participating in the action are urging people to contact their elected officials to stop such oil trains from passing through Philadelphia and shift toward of wind, geothermal and solar energy. Watch video here.