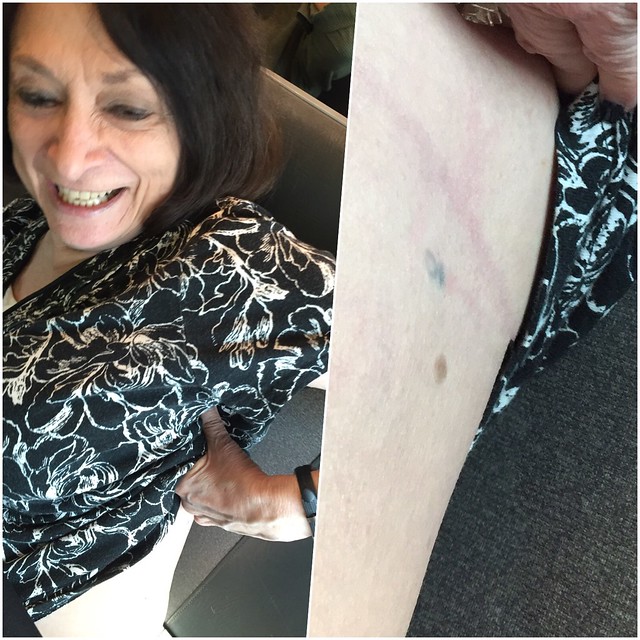 During the Cold War, as a high school freshman  Eileen Levenson and her classmates were marched into the nurse's office and without explanation had their blood drawn and the next week their blood type tattooed on their side torso. She later learned that the tattoo, now an interesting conversation piece and handy reminder that she's O positive, was part of a government program also conducted upon military servicemen in preparation for a possible Russian invasion. Watch video here.

Posted at 07:49 AM in Elderly, POLITICS, Public Safety | Permalink