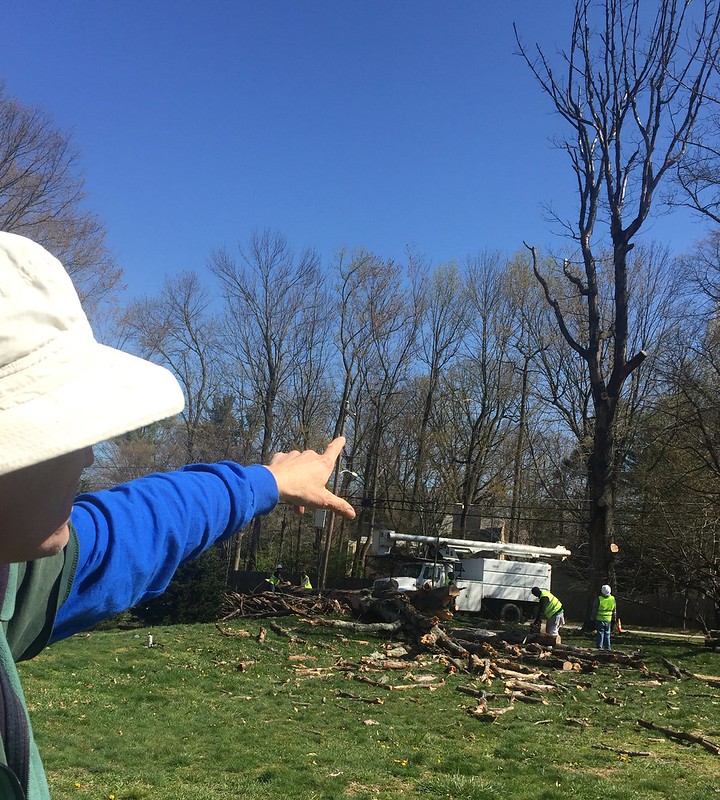 Philadelphia Department of Parks and Recreation project coordinator Curt Helm oversaw the felling and removal of three large diseased trees at the Allens Lane Art Center. The trees were in danger of falling onto the playing fields or the other way over power lines and onto McCallum Street which bears significant vehicular traffic. Helm, with direct experience in the field, complimented the adroitness of the park's subcontractors. As the final chainsaw cuts were made to the diseased oak tree, it began to tumble. A truck with a rope attached to the tree began to pull it forward in the direction the contractors wanted the tree to fall. A couple seconds later the top branches hit the ground with a resounding crash.  The two other trees to be taken down that day were ashes. Sadly, Helm reports, all the park's ash trees will eventually succumb to the emerald ash borer and, for safety reasons, will be taken down within the next five to ten years. Watch video here