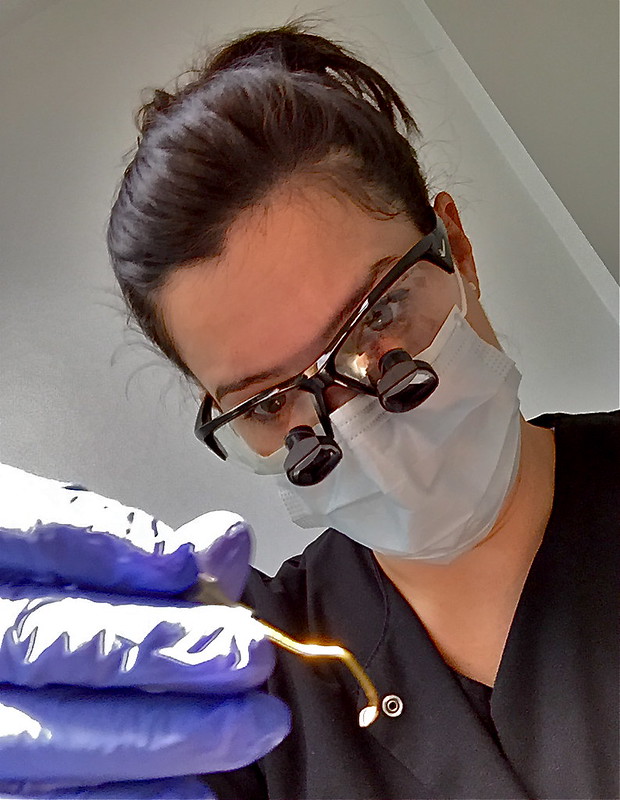 Dental hygienist Kara Hershey assiduously removes tartar from your correspondent's teeth while more than holding up her end of the conversation and guardedly discloses her ideas for inventions that she thinks could revolutionize dental care!

Your correspondent volunteered in the kitchen for two weeks this summer at the Audubon Society's nature camps on Hog Island, some skipping stones length off of Bremen, Maine in Muscongus Bay and shares some highlights - and wisecracks - with you!

--With many thanks to those on the other side of your correspondent's lens! 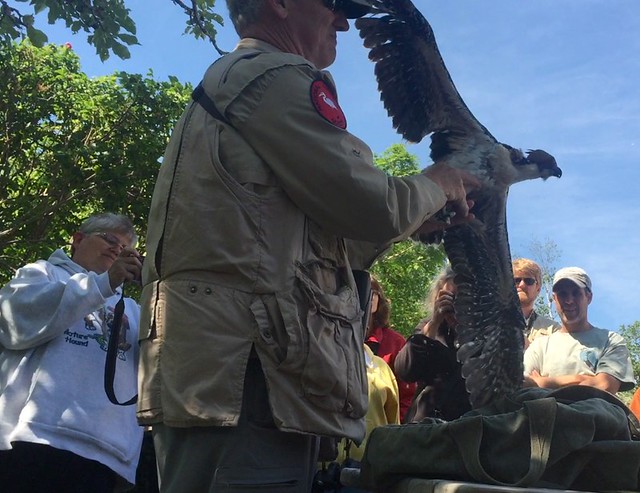 On Hog Island,  Maine , raptor biologist Rob Bierregaard and a guest expert demonstrate how a juvenile osprey is measured, blood-sampled and banded for scientific study purposes. Just minutes before, they had climbed a ladder to snatch and secret the chick away and worked quickly so as to reduce stress to it and return it as soon as possible to its likely fretting parents. Watch video here. 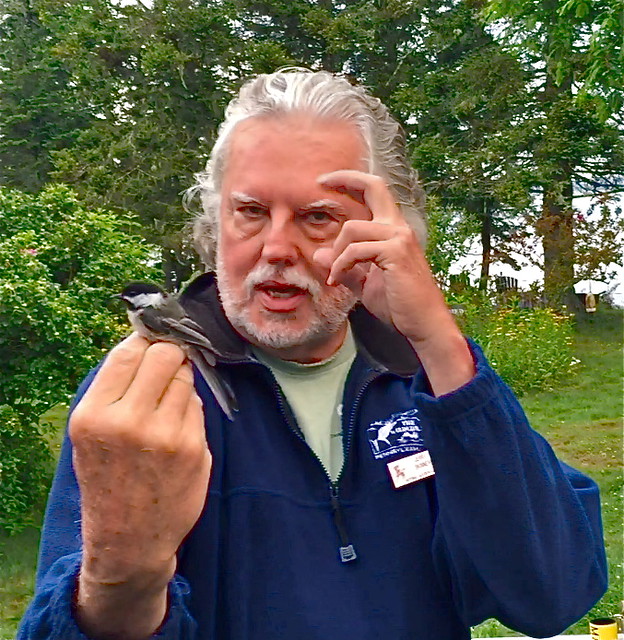 Biology professor Jerry Skinner holds a black capped chickadee in a photographer's grip as he discusses how to identify species of chickadees and the art and science of banding birds. Watch video here.

On a boat trip, to Harbor Island, Skinner demonstrates how to sample plankton using a net trailing the boat. Watch video here. [Sorry for wind noise.] 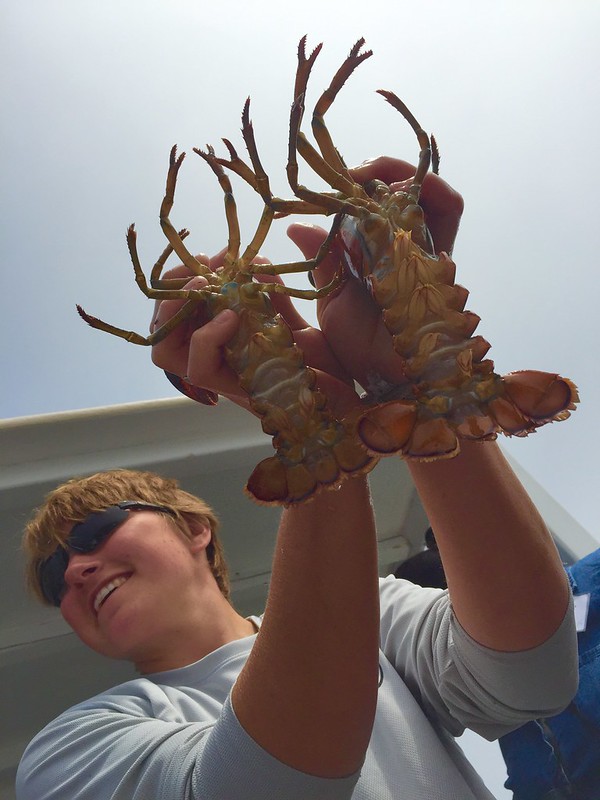 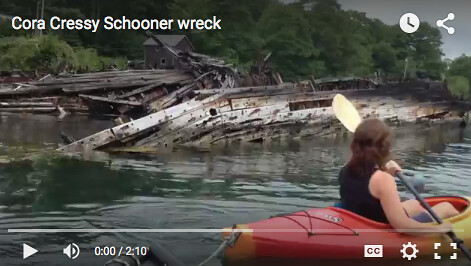 Built in Bath, Maine in 1902 to carry coal. this three thousand ton 273 foot long 5 masted schooner was refitted to become a nightclub in 1929, gutted in 1938 to become- unsuccessfully- storage for lobsters. The Cora was then scuttled near the shore to serve as a breakwater. According to an older gentleman at a nearby dock, attempts to remove the ship by burning failed and break away debris poses a threat to sea-goers. Watch video here. 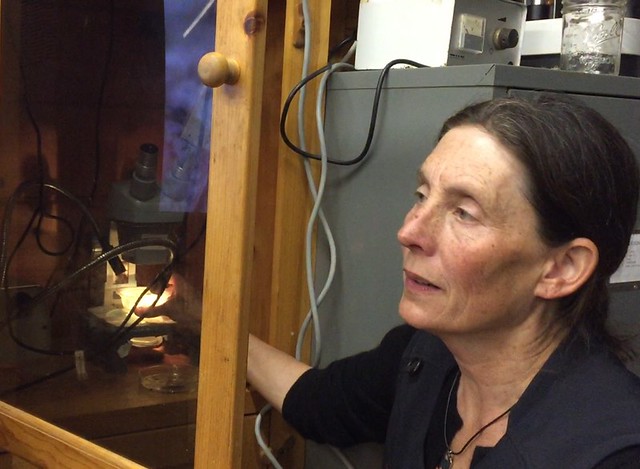 The Audubon Society's Sue Shubel trains a powerful microscope on a small bunch of barnacles and describes how they open up to use their filaments to feed on plankton.  Watch video here. 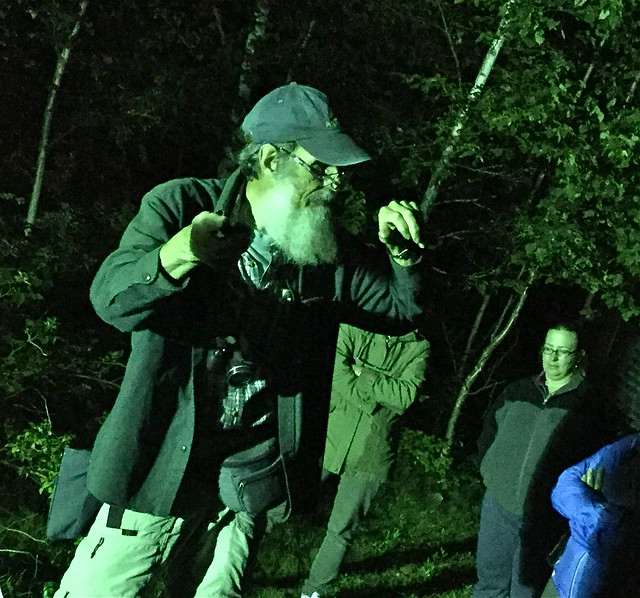 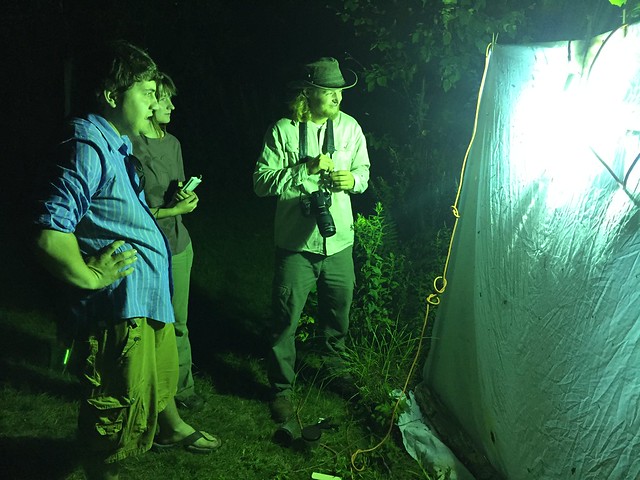 By keeping the moon on one side of them as they fly, moths are able to navigate and fly straight-ish. But they also keep a nearby artificial light at night to the same side and end up going around in circles. Moth student extraordinaire Paul shares his recently acquired knowledge of moths indigenous to Hog Island. He appears to be on his on his way to becoming acquainted with  nearly all the 160,000 known species and has a growing collection. By identifying moths temporarily captured on a lit up vertical white sheet, he was able to deduce what flora were nearby because some moths in their caterpillar stage feed only on the leaves of one plant or tree species. Watch video here. 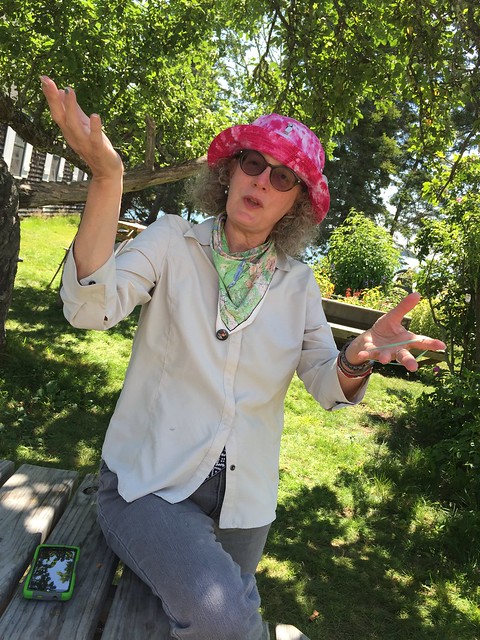 And last but not least, a glimpse of what life was really like from a kitchen volunteer's view  and the volunteers put on some plays:

"She Taught Him How to Smile: The Story of Puffin Boy."

Posted at 09:41 AM in ANIMALS, ART, Education, ENVIRONMENT, NATURE | Permalink