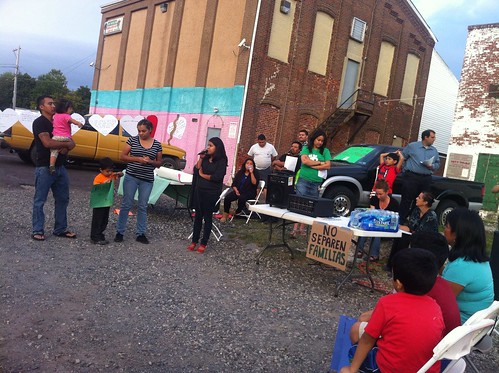 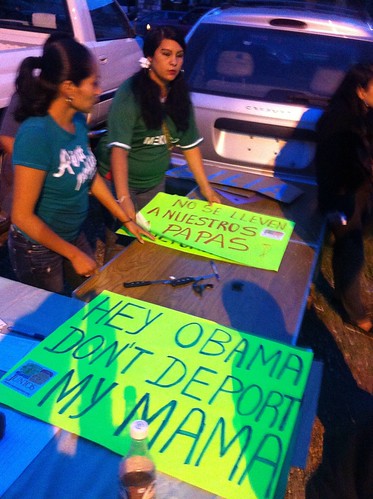 The Mexican-American and Spanish speaking communities rallied in Norristown Monday evening for immigration reform. They demanded that Congress pass the immigration legislation that is now stalled and overshadowed by the Syrian crisis.  They also gathered signatures on a petition calling on the Norristown police  force not to assist in raids by federal immigration authorities.

Amidst chants of "Si, se puede" ("Yes we can") speakers discussed how 400 local families have been torn apart by deportation. And parents, joined by their young children testified about how their arrests and the threat of deportation were causing their families severe emotional and economic stress. A Norristown public high school student described her constant fear that her parents might step out to the grocery store and she might never see them again were they to be arrested and deported.

Under the proposed “Dream Act,” undocumented youth who complete college or do two years of military service could earn their way to citizenship over the course of six years.

Calling for human rights and dignity for all, rally participants lit candles as dusk fell,  then circled and sang out loudly in Spanish and English, the civil rights anthem, "We shall overcome."