HOME VIDEOS PHOTOS ABOUT
Help find their doggie now - you did!
Sings the trumpet with her voice 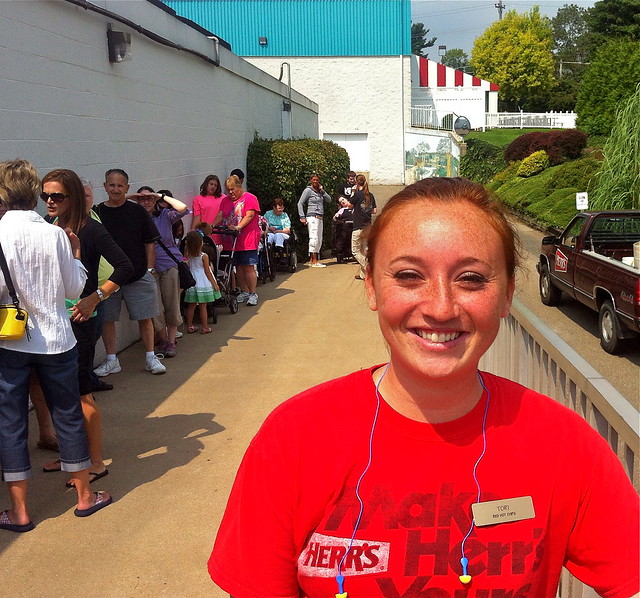 The story goes that in 1853, a restaurant patron at a New York resort who complained of a soggy french fry gave rise to the invention of the potato chip. Tori Messaros, a college biology major on summer break, gives five hour long tours a day of the Herr’s Snack Factory in Nottingham, Pennsylvania near the Maryland border. And she is just one of many guides- tours start every 20 minutes 9 to 4 daily except Friday. For Messaros, it’s a family affair: her mother runs the tour center. Large glass windows in corridors above the production floor offer real time views of the different production stages. Our tour started with tortilla chips and then moved on to potato chips. Except for a handful of workers in the box packing area, the factory rooms otherwise appeared eerily empty with only one or two workers making the rounds or attending to a machine. The machines operate around the clock with three shifts of workers a day. Leftover corn kernel and potato peels get recycled to the Herr’s farm and potato starch from the slicing process gets sold. The time it takes a potato to enter the chute, get washed, peeled, sliced, rewashed, fried, seasoned and packaged, takes six minutes, Messaros says. But it took only a couple of minutes for our group to devour just off-the-line hot chips and pick up two small complementary bags of chips before being dropped off in- where else -the factory gift shop!