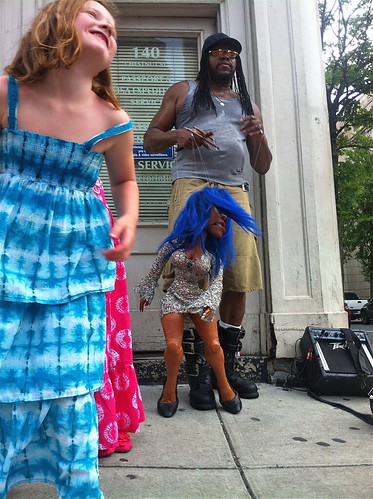 Frank Moore, a tall muscular man, pulls on the strings of a 2-foot tall high Tina Turner-esque puppet; it lip-syncs and dances to funky music blaring from his boom box in eerie mimicry with his arm and torso motions. Moore and “Tina” (he doesn’t give his puppets names) reeled in passersby at a corner in Old City one evening in downtown Philadelphia. Moore makes his own puppets, and this year’s bunch are ones he has revamped from last year. During the school year he performs at parties. But because practices always go so smoothly at home, during the summer he works the kinks out of his routines in different public spots around the city. This was Tina’s first time out and she was not doing well, Moore joked. In addition to Tina, his current cast includes a young boy, an old man and four others, all siblings, he says. They bear resemblances to each other but dance to different international grooves - German, Korean, Hindi, Chinese, Japanese. Two young girls passing by were visibly intrigued by Moore’s act. Giggling, they hesitantly approached the puppeteer, hanging on to each other for support. Then one dashed forward and stuffed a bill in Moore’s donation bowl. Tina was not putting on too shabby a show after all. 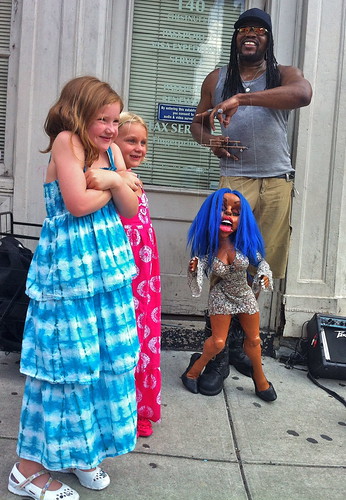