Pick your own berries 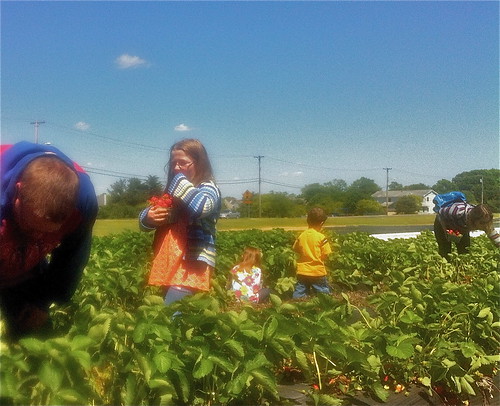 The “locally” grown strawberries that are now showing up at Chestnut Hill groceries can be yours for the picking at farms in Montgomery and Bucks Counties and in New Jersey in nearby Burlington, Camden and Gloucester counties. A comprehensive guide can be found at as http://www.pickyourown.org Bill Roach’s family has a tradition of picking fruits and vegetables every year.  They got a start this past holiday  weekend at Rowand’s Farm in Glassboro, New Jersey. The large strawberry patch, laid out in neat long raised beds, were flush with heavy, red, ripe berries when we arrived but a short hour later families like ours had harvested all but the unripe pink and white berries. The Roaches move from farm to farm in the area and will also be picking cherries, blueberries, raspberries and more as those crops come in. Watch video here. 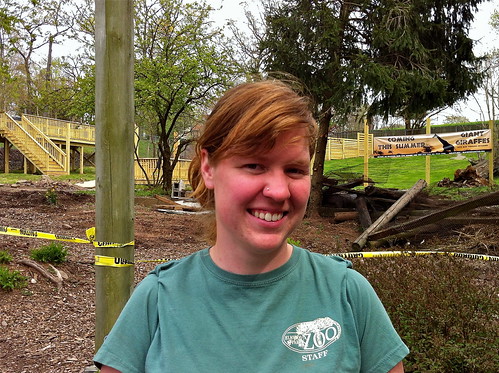 Two bull giraffes, 3-year-old Dhoruba and 10-month-old Jukuu, are making their official debut this Memorial Day weekend at the Elmwood Park Zoo, according to the Lansdale Reporter. They are on loan to the zoo through October.

According to lead keeper Stephanie Stadnik, the giraffes may represent a shift from the zoo’s tradition of exhibiting only animals native to North and South America. Giraffes, although not “super endangered” are very popular with zoo visitors in general, she says, and drawing them in gives Elmwood the opportunity to introduce visitors to overlooked native animals, some of whom can be found in our own back yards. Stadnik points out that through breeding in captivity, the black-footed ferret population has rebounded into the thousands from what was thought near extinction. Conservation efforts have similarly benefited eagles and alligators.Among our native species, wolves are some that Stadnik hopes visitors will take the time to appreciate and shed notions of the “big bad wolf.”

At the time of this interview in late April, construction of an enclosure was underway. Stairs and an elevated platform could be seen where the giraffes can be fed “browse”, small branches with tree leaves, as they would eat in their native African habitat.

From experience working with giraffes at the St. Louis Zoo yet reluctant to badmouth any animal, Stadnik relayed her impression that there is not so much going on in their heads. By contrast, with squirrel monkeys, she immediately senses the way things click with them. To round out her description, she did her giraffe “impersonation.”

On June 15th, the Zoo will host “KUWAKARIBISHA TWIGA”, a “Welcome Giraffes Beast of a Feast” fundraising event featuring R&B singer Barbara Mills. Attendees will get to feed the giraffes and feed on, uh, barbecue. 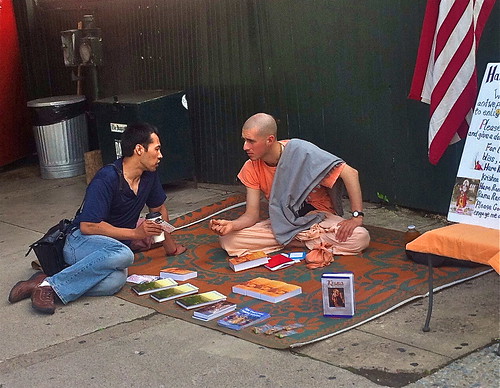 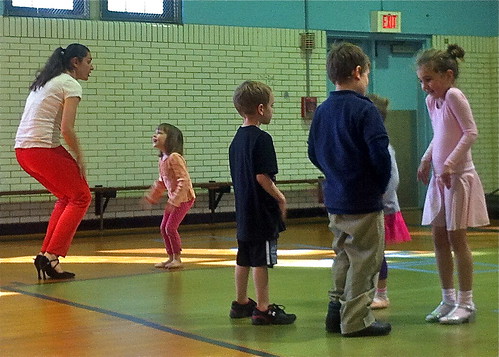 Ukrainian, Bulgarian, Estonian and Italian can be heard spoken as mothers of these heritages prepare their 5, 6 and 7 year olds for a ballroom dancing class at the Water Tower Recreation Center, Chestnut Hill, Philadelphia.  Victoria Scotti brings 5 year old Isabella, who also takes ballet, both for the music and the chance to dance with boys.  Instructor Alina Fiorella, a teacher of 17 years,  says she stopped professional competition in ballroom dancing which led her to two Ukrainian national championships when she started a family. But she began instructing young children when she was a teen in the Ukraine and continues to do so, now bringing her class to Chestnut Hill.

Fiorella listens solicitously as one child asks for more snacks and another complains of a sore arm. After addressing their concerns, she firmly directs her students through the hour lesson in both dance etiquette and a variety of dance, along with music or with voice commands alone.

Of the  promenades, polkas and such, the “Box dance” is 7 year old Emma Barton’s favorite. Late in the lesson they heel-toe-heel-toe, “Shuffle off to Buffalo and then come back to Mexico.” And then their tired selves are taken up in their mothers’ arms.

Posted at 10:26 AM in Children, DANCE, Education, INTERNATIONAL | Permalink | Comments (0) 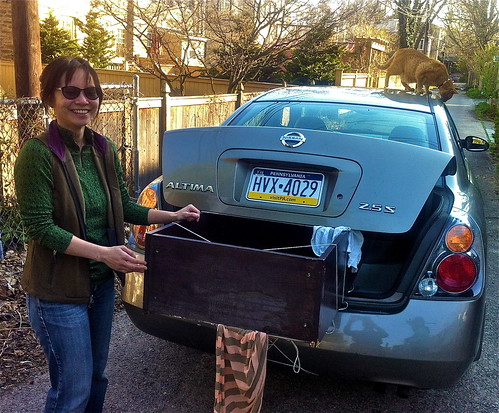 Amy Hsu came by our house in her car to pick up a tall bookcase. She had seen my post on the popular Northwest Philly Freecycle website, where people give and get things –for free! 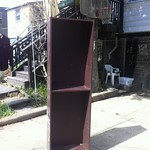 I had trash-picked the sturdy bookcase just a couple days before but then realized I could not use it as planned.   Hsu says her husband may use it for his beer brewing containers and supplies.  Hsu is an enthusiast of the free online exchange. Through notices on the website she recently gave away a couch and a chair and dug up a plant from an offeror’s yard. She likes when she gets “repeats” like the woman who had given her cinderblocks who, thinking of her grandkids, responded to Hsu's offer of stuffed animals.

NW Philly Freecycle, a moderated website, was launched in 2004 by Meenal Raval and the Mount Airy Greening Network (MAGNET) as an offshoot of the citywide Philly Freecycle. It boasts over 5000 members and in April alone hosted 610 posts, a combination of “Offer”, “Wanted”, “Taken” and “Curb Alerts” for all kinds of household items imaginable. 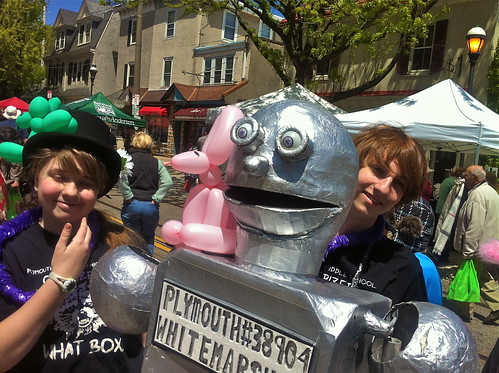 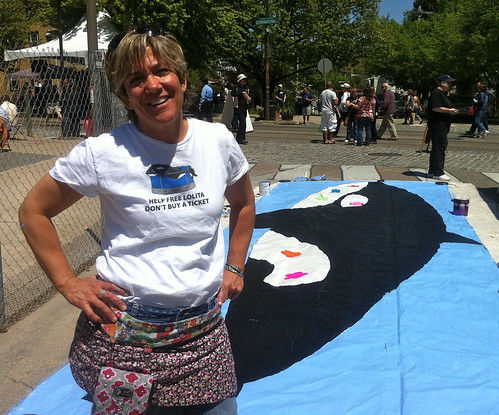 Awbury Arboretum on Friday night, April 26,2013 was one of many venues set up throughout the city for stargazing as part of the 10 day Philadelphia Science Festival. A few dozen or so people showed  up at the Arboretum in Germantown. Teenager  Maya Anderson came to just hang out with her family and, as a choir student at Settlement Music School,  sang impromptu from some of her repertoire.    Katie Virtue, a meteorologist and volunteer with the Franklin Institute was on hand to guide visitors to the celestial sights. Some astronomy enthusiasts brought powerful telescopes and lines formed at these for viewing the four moons of Jupiter on this clear, cool spring night.  Video story here. And here is Maya "Piping down the valleys wild" from Songs of Innocence by William Blake.