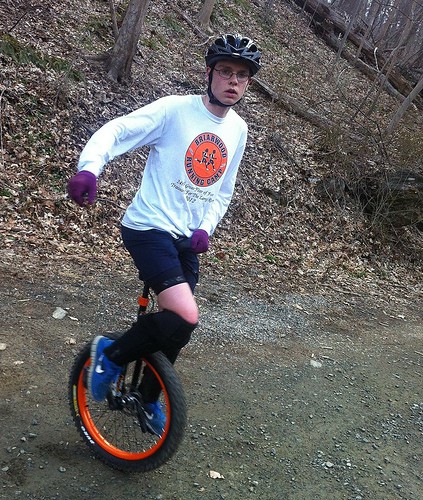 While taking a leisurely, easy bike ride along the relatively flat Forbidden Drive, my daughter and I were amazed to see a young man atop a unicycle on the opposite shore of the Wissahickon Creek, tooling up and down a hilly, narrow trail. High-schooler Peter Hildebrandt took up mountain unicycling after a knee injury ended his running career. With his high end, fat-tired, disc-brake equipped mountain unicycle, he meets regularly in the Wissahickon with other unicyle friends and enthusiasts and is preparing to compete in the 2013 North American Unicycling Convention and Championship to be held in Butler, Pennsylvania this coming July. Watch video here.