Scott Blunk and his wife, Tyler Art School assistant professor Lisa Kay, redesigned a pair of Adirondack chairs depicting the remains of a fictional vacationing couple who became so relaxed sitting in the chairs that they melted into them leaving only their clothes behind. The chairs, now outside the couple’s East Highland Avenue home in Chestnut Hill will likely move to the Morris Arboretum this summer where they will be displayed on the grounds with other artistic entries in “Adirondack Chairs, Revisited” an outdoor exhibition co-sponsored with the Woodmere Art Museum. 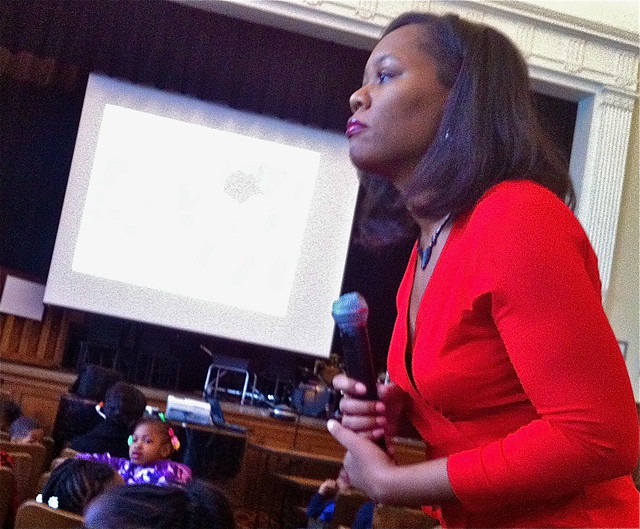 Kelly Starling Lyons, an author of African American theme pictured books, shared her stories with students at the J.S Jenks Middle School in Philadelphia in celebration of Black History month in February.

One Million Men and Me is based on Lyons attending the Million Man March in Washington, DC in 1995 and seeing a little girl there with her father. In Lyons’ eyes the little girl looked like a princess surrounded by a sea of princes and kings. Lyons has met several men who were moved by their participation at the event to become leaders in the community. Watch Million Men interview here.

Tea Cakes for Tosh, coming out this fall, was inspired by her grandmother who recounted baking cookies called teacakes growing up and grandmother’s stories of her own grandmother’s family who would pop the cookies in their mouths while working out in the field. In Lyons’ re-working, the ancestor is a plantation cook who baked the cookies and, despite being forbidden from keeping any of them, snuck some for the children to eat so they could have a taste of freedom. Watch Tea Cakes video

Ellen’s Broom is about the legalization, during Reconstruction, of the marriages of former slaves. Marriages were not recognized and slave husbands and wives could be sold apart. To show their commitment to one another a slave couple would jump over a broom. In Lyons story, Ellen questions why her parents want to keep the custom. Jumping the broom is a link to the past, and, like other contemporary couples, part of Lyons and her husband made it part of their own wedding. Watch Broom video here.

Sackbut - built it, plays it 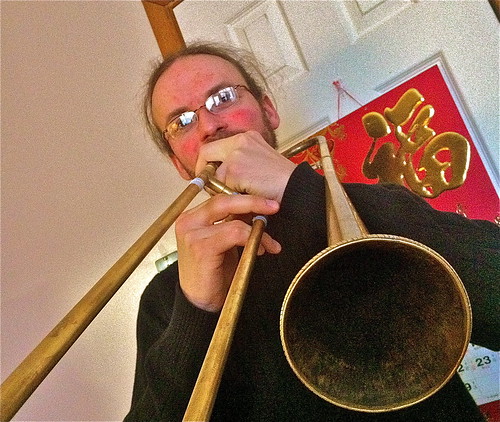 Nate Wood, a graduate of the Oberlin Conservatory of Music in trombone, makes his living freelancing with various baroque music groups, mostly in Europe. He also has two of his own period instrument ensembles, the Habsburger Camerata specializing in 17th century music and Mandragora, a 16th century Renaissance wind band.  And he builds some of his own instruments, true to historical design. Here he plays snippets on his hand built sackbut and slide trumpet. Columbus, Ohio.