HOME VIDEOS PHOTOS ABOUT
DJwash5 plays hits of the seventies
Tear it Down, Philly 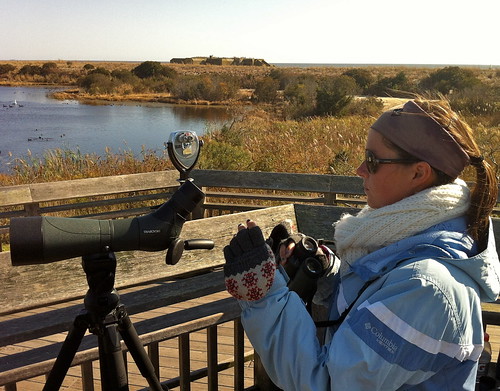 SO MELISSA’S THE OFFICIAL- the official hawk counter for Cape May Bird Observatory. AND WHAT DOES THAT INVOLVE? It involves getting here at sunup every day until about 5 o’clock at night, monitoring the hawk migration, identifying and counting the hawks that go by. She has to be able to identify fourteen or fifteen regularly occurring species. Cape May is known for rarities so she has to be able to identify rarities that might show up as well.  HOW IS IT POSSIBLE TO KEEP TRACK OF THEM AT THE SAME TIME? It’s not so based on the weather that day, wind direction, she kind of figures out whether a lot of the birds are migrating through or whether they’re just hanging around, does her best to keep track of them. WHAT’S COMING THROUGH THESE DAYS? Not much, it’s late in the season, the peak of the season is September, October so at this point we’re hoping for a golden eagle, a goshawk, more northern birds but those are sort of unusual. Not much is moving today, had a couple redtails, a couple bald eagles, northern harriers and sharp shin hawk. ANYTHING OUT THERE NOW? A bald eagle right over the pavilion here going away from us over that tree…DO I SEE CLICKER THINGS DOWN HERE FOR KEEPING THE COUNT? Yes, because on busier days at the peak of the season, there are hundreds of brides and obviously she can’t keep in her head so she clicks them as they come by. Each species has its own clicker. Steve (“Mr. Awesome”) Bauer, narrating activity of Cape May Bird Observatory Official Hawk Counter, Melissa Roach. Watch video here 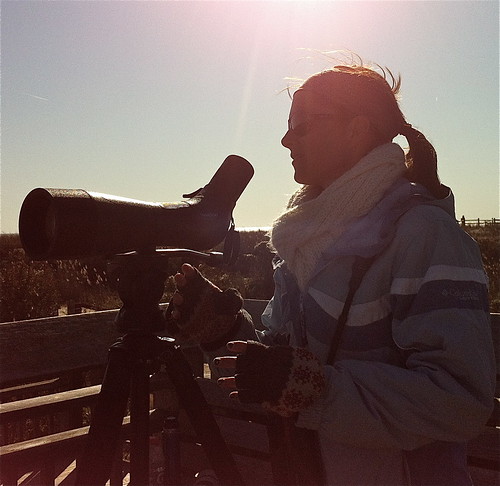