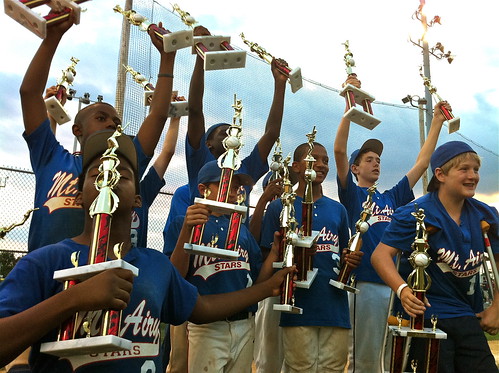 After being tied with the talented and determined Panthers one game to one, on Friday evening, July 15, 2011, the Mount Airy Stars under coaches Andy, Kevin, Paul and Jerry, took the third game in their series to clinch the championship in Roxborough's 21st Ward baseball league play. This team is the pony minor team in the seniors division. The Stars overcame disabling injuries to some of its players in reaching the win. Coach Andy credits the win with lucky unwashed socks he's secretly been keeping in a trophy cabinet at home only taking out for championship games. Watch video clip of award ceremony here.