Gasland comes to Philly - fracking for natural gas in the Delaware River watershed? 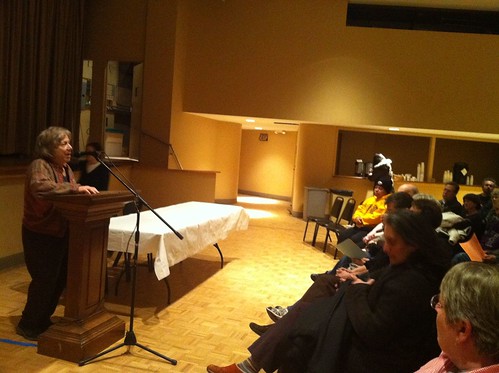 Punctuated by first hand accounts  of health problems caused by fouled air and water and scary stunts  by homeowners across the country setting their polluted tapwater on fire, the film “Gasland”, an Academy Award nominee,  documents the dirty production side of  what’s marketed as clean natural gas.

On Tuesday evening,  about seventy five people attended a showing  of the banjo-playing filmmaker Josh Fox’s movie at the Germantown Jewish Center, organized by the synagogue, Weavers Way, the Neighborhood Interfaith Movement and the Unitarian Society of Germantown.

Afterwards. a panel of scientists and directly affected individuals and activists from the Marcellus Shale region of upstate Pennsylvania described the adverse health and environmental  impacts of hydraulic fracturing for natural gas (“fracking” in common parlance, “frac jobs” in industry terms). SEE PANELIST INFORMATION BELOW

It’s a process that injects water combined with several of some hundreds of available chemicals, many known toxins such as benzene,  at high pressure, to release the gas.  Developed by former Vice President Dick Cheney’s Haliburton company, fracking was exempted from the Safe Drinking Water act by the 2005 Energy Policy Act.

Under newly elected  Pennsylvania Governor Tom Corbett, it appears to be open season for the drilling of new wells in Pennsylvania which may extend into the watershed area which is the source of drinking water in Philadelphia. This is cause for serious local concern as expressed by Linda Cherkas, a Mount Airyite attending the filming  and the subject of a  Philadelphia city council forum the very same evening.

After the showing, attendees flocked to tables to sign letters urging President Obama, who voted for the 2005 Energy Act, to direct his representative on the Delaware River Basin Commission to vote against finalizing draft rules on gas drilling and urging the President to call a nationwide moratorium until an Environmental Protection Agency study is complete. 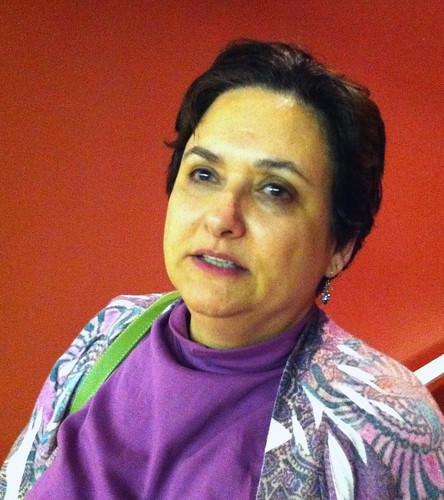 This account makes use of critical analysis of the film and counter-allegations of its critics in the New York Times by Michael Soraghan of Greenwire athttp://www.nytimes.com/gwire/2011/02/24/24greenwire-groundtruthing-academy-award-nominee-gasland-33228.html

PANELIST INFORMATION (as supplied by presenters)

Jim Black
Is an Environmental Activist and Consultant. He was previously the Director of Government Affairs for the Clean Air Council.  He has been offered very lucrative gas leases since August of 2008, which remain unsigned  In the interests of full disclosure, Jim would like you all to know that he does use natural gas for cooking, heating, and he even drove a vehicle powered by natural gas.  That said, he passionate about clean air and water, and is perhaps the only Panelist to ride his bicycle here tonight.

She is an accomplished artist, working primarily in stained and leaded glass. She has a Degree in BioEngineering from Columbia University, School of Engineering and a life long interest in sustainable and renewable energy sources.


Dr. Andrea Brockman
is a graduate of Temple Dental School and has an undergraduate degree in Nursing. She was in private practice for 25 years with her husband, Dr. Vincent DiLorenzo at Valley Green Center for Holistic Dentistry in the Roxboro section of Philadelphia

An environmentalist since the late sixties, her practice was mercury-safe years before mercury-free dentistry became popular. She has testified on the Federal, State, and local levels concerning the affects of mercury and fluoride in water, including to the FDA, Philadelphia City Council, and State Legislators.

Dr. Brockman and her husband own a home in Muncy Valley, PA, which is in Sullivan County at the epicenter of Marcellus Shale drilling. As President of her homeowner’s association, she directly communicates with the gas drillers, attorneys, and surrounding neighbors with wells. Her community well water is located on a neighbor’s land where the aquifer is being used for fracking. Recent water testing for her development has revealed contaminants unsuitable for drinking.

is a tenured Professor of Physics at the University of Pennsylvania.  Among other pursuits, he has spent several decades measuring the rate of energy generation in the core of the Sun.  He currently teaches courses on energy, including a class titled "Oil, Climate Change and Renewable Energy". Both his undergraduate and graduate degrees are from Columbia, in physics.  Among his many claims to fame, his experiments have demonstrated that the sun is powered by the fusion of hydrogen into helium.