To you be your way, to me be mine 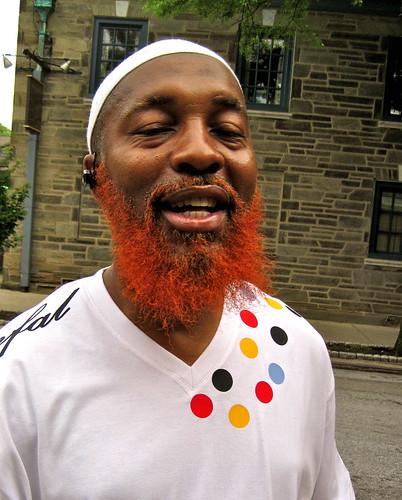 A LOT OF PEOPLE HAVE PREJUDICE AGAINST MUSLIMS TODAY BECAUSE OF WHAT’S GOING ON IN THE WORLD. WHAT WOULD YOU LIKE PEOPLE TO KNOW ABOUT ISLAM? “Islam is not a terroristic religion. It just means submission to the will of Allah. And we follow the sunnah or the customs or the ways of the prophet Mohammed, peace and blessings be upon him and his companions. May Allah be pleased with them all. We as Muslims implore people to come together, not to fight, even if you don’t have the same religion as ours. There’s an ayah in the Koran which says, “Lakum deenukum waliya deeni” which means, ‘to you be your way and to me be mine,” A lot of times in religions you see people may be extremists but someone who is in the right middle course of Islam you will not find them doing any of those acts that a lot of people have heard that we do.” Mikal Abdur Rahman, member of Masjid As-Sunnah An-Nabawiyyah, Germantown, seen in Chestnut Hill on  East Evergreen Avenue. Watch video interview here.