HOME VIDEOS PHOTOS ABOUT
Previous month:
March 2010
Next month:
May 2010 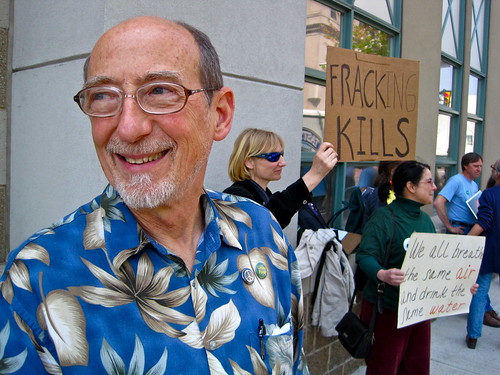 “I’m running for U.S. Senate on the Green Party ticket.” CAN YOU TELL US A LITTLE BIT ABOUT YOUR CAMPAIGN? “I just started to campaign now. Our new brochure is out. We’re the only party and I’m the only senatorial candidate in this state who’s standing against the corporations - against Marcellus Shale drilling and for fair play for all people. Our economy right now has been completely taken over by the banksters and there’s no redress for the average people. We have five million homes being foreclosed, we have 30 million people unemployed with no help in sight and we don’t see an end to this economic crisis.” WHAT ARE SPECIFIC ISSUES YOU’RE TAKING ON LIKE THE MARCELLUS SHALE ISSUE? “The ones we just talked about which is the unemployed issue; we need to end all the wars now. These endless wars have got to stop, it’s just taxing us incredibly. We need to start bringing all the troops home and start using that money to create public sector jobs” AND HOW’S THE CAMPAIGN GOING? “It’s going fine. You have to understand we just started the campaign. A lot of people just now are involved in the primaries” YOU CAME IN FROM PITTSBURGH TODAY? “I came in from Pittsburgh to join this protest against Marcellus shale drilling and I will also stop down to Temple University Hospital picket line today; the strike needs a great deal of support and from there I’ll be going to speak at Cheyney University. There is a political candidate debate tonight.” Mel Packer, Pennsylvania Green Party Candidate for U.S. Senate, outside Pennsylvania Department of Environmental Protection regional office, Norristown. Watch video interview here. 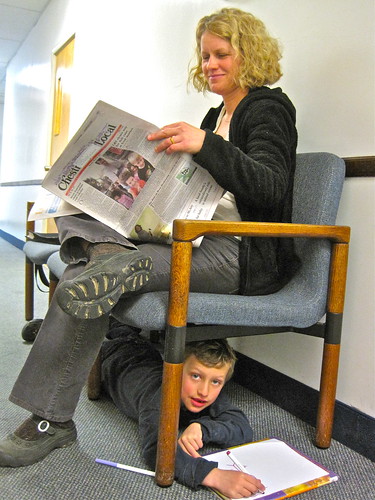 WHAT ARE YOUR CHILDREN STUDYING HERE? “My daughter takes cello and music theory here but he’s not in the class. He’s waiting for her. He took the music theory when he was in pre-school and kindergarten.” DOES SHE ENJOY IT? Yeah she loves it. AND HOW’S HER VEGETABLE HARVESTING GOING, IS SHE STILL DOING IT? “It’s going great. My grandmother has [the garden] but it’s out of season just now, obviously.” Amory Meigs, with son Ben, talking about daughter Sarah who appeared in the Local in 2006 with a wagon-full of freshly picked vegetables from her grandmother’s garden. Settlement Music School, Germantown. Watch video interview here. 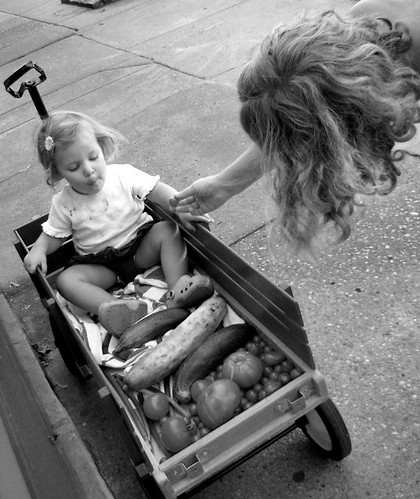 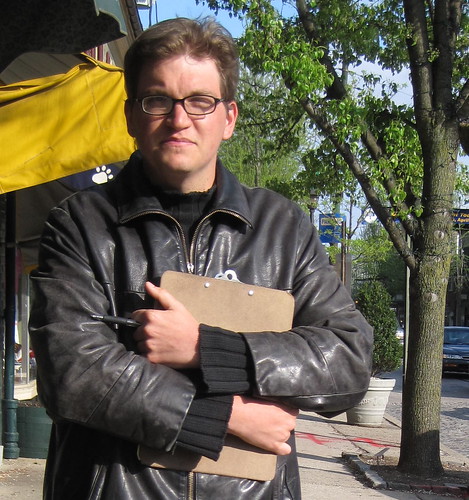 “I assume you know what the ACLU is, American Civil Liberties Union, and as of now we’re fighting battles in seventeen different states. One of the more well-known you probably heard about was that girl in Mississippi, Constance McMillan, teenage senior, wanted to take her girlfriend to the prom, school said ‘no,’ court case ensues and we back up. The school board learns that they legally cannot do that, they cancel the prom outright. Sadly enough what’s not being talked about at all is that in Pennsylvania, not in Philly but in 80% of the state, it’s actually legal to fire someone for being gay so we’re trying to pursue House Bill 300 to change that.“ Matt Burkitt, ACLU fundraiser. Watch video interview here. 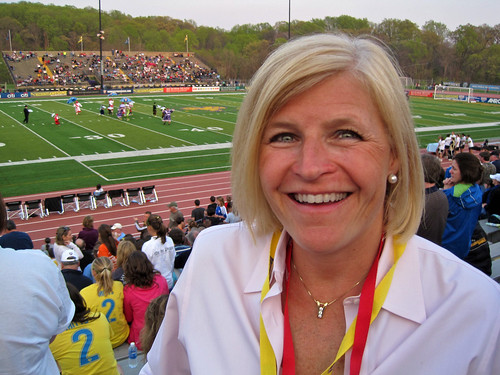 “The team is new this year, it’s an expansion team. This is the first time they take the field officially against Atlanta who’s another expansion team. So the two expansion teams are playing each other. We’re just thrilled to have a great day, have a lot of fans out. It’s all about the fan experience , a great opportunity for families to come out in an affordable type of sports environment- great female soccer.” Linda Pajusi, Operations Support for the Philadelphia Independence, Women’s Professional Soccer, West Chester. Inaugural game resulted in 0-0 tie. Watch video interview here. 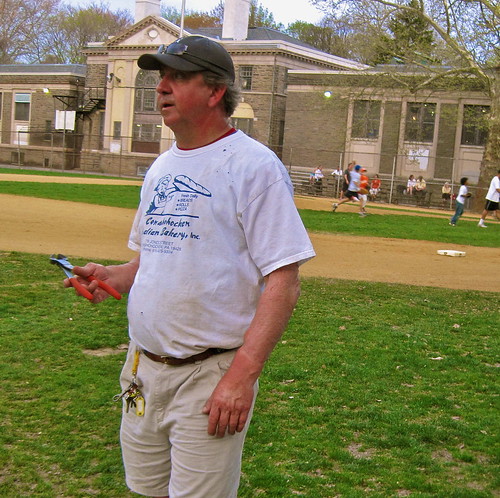 Everyone should have a nipper. AND WHAT’S IT DO? You cut bolts, you can cut fence, you can cut electrical ties, you can cut almost anything. AND WHAT HAVE YOU BEEN USING IT FOR NOW? For repairing loose bits of fence that are sticking out that might puncture one of our kids, cutting electrical ties that were hanging up signs and backstops DOES IT LOOK LIKE YOU’LL BE READY FOR THE BIG DAY SATURDAY? We’ll always be ready for opening day. We might be crazy, crazy, crazy but we will be ready to go. The Phanatic will be there, he’s looking forward to it…it’s looking good other than that field.” Joe Pie’, Chestnut Hill Youth Sports Junior Baseball Commissioner. Watch video interview here 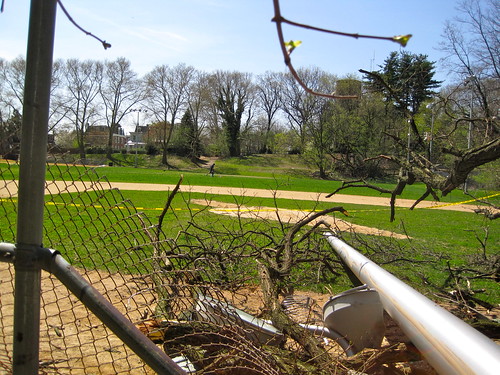 Lady Liberty wants to do your taxes 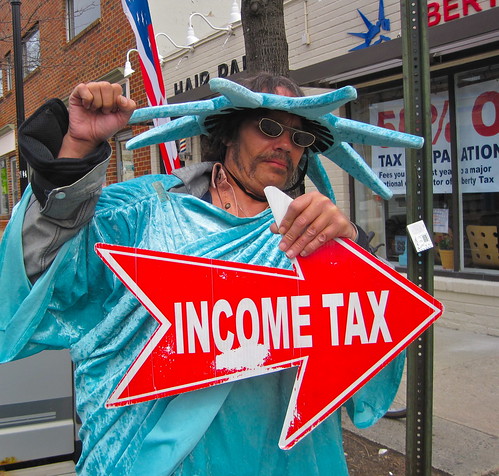 DO YOU HAVE ANY TAX ADVICE? ”Do I have any tax advice? Yeah, get them done by the fifteenth." WHAT’S YOUR OTHER TAX ADVICE? “It pays to go to a professional.” ARE YOU GETTING PAID WELL ENOUGH TO GET YOUR TAXES DONE BY LIBERTY? “Yes, I get paid fair.” Jim Johnson, Liberty Tax Service, Roxborough. Watch video interview here.