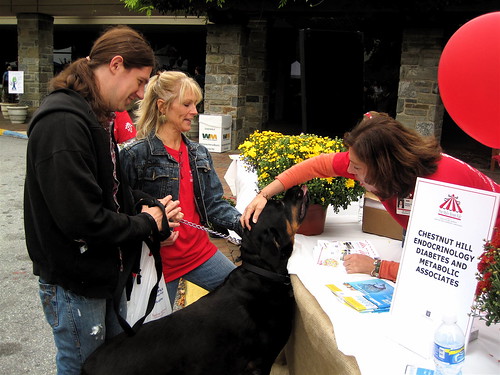 Joe Winiarski: “Sit, sit.” THIS IS GUINNESS AND HE’S DIABETIC AND YOU’E AN ENDOCRINOLOGIST? Claresa Levetan: “Yes my specialty is diabetes.” WHAT’S THE STORY WITH GUINNESS HERE? JW: “Guinness has been a diabetic for about two years. We give him shots every two days He’s good he takes it like a champ.” CL “Two days? two times-” JW: “I mean two times a day” CL:“You know even people have to have that insulin shot on board. Usually it depends on the type of diabetes but if he’s on insulin it’s going to be a shot or two a day so don’t forget the shot of Guinness!” JW “My mom handles that.” CL: “As I mentioned it’s very common to see diabetes in cats but we also see it in dogs. I’m trained as an adult, human diabetes doctor but I’m always glad to see well cared-for diabetes with pets like dogs so thanks for bringing Guinness by.” Click here to watch video interview.

“The protest is against Landis and James. He’s a contractor from outside the Philadelphia area who’s come into this area to do a Planet Fitness in northeast Philadelphia. He’s not paying his workers the wages that are standard for this area and providing the benefits. So we are protesting the erosion of community standards. “ Ray Dellavella, Local Union 98,I.B.E.W. Business Agent, speaking, electrician Jeff Kane wearing sign. Red Lion Road below Roosevelt Boulevard, Northeast Philadelphia. Watch video interview here. 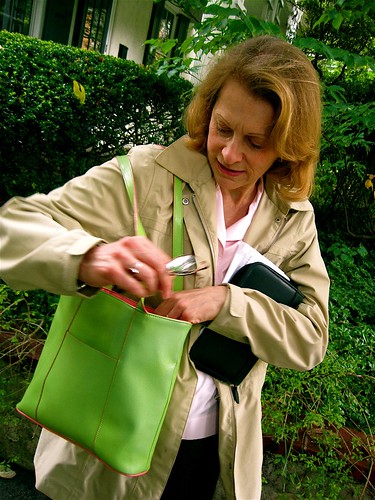 WHAT DO YOU KNOW ABOUT WHAT THIS HOUSE WAS? “Well there are four houses here that are seemingly identical, originally and they’ve all had different additions put on and changes made to them. I’ve been in all four of them so it’s interesting to see how different they are and how alike they are. They were originally built in the mid- nineteenth century and then at various times in the next 50 years there were additions and changes…there was probably just two rooms in the front, straight up, two stories and then the addition in the back almost doubled the size of the house, I would say. They probably added central heat when they put the addition on and a modern kitchen and a bathroom.  See this part here is the addition, where the walls meet there -where the front bumps out a bit, where the drainpipe is. THREE STORIES? Two and a half stories we would call this. AND HEATED BY? Originally it was probably heated by fireplaces or coal stoves inside and now of course it has forced air heat and central air.” Virginia Bryant, Eichler & Moffly real estate agent at listing, Gravers Lane and Millman Street. 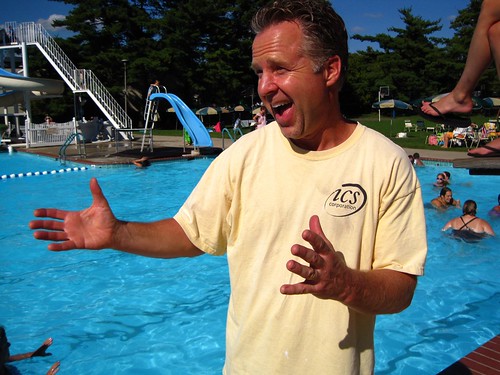 "We’ve enjoyed a lot of success with the swim club and we’ve had a number of schools and outside clubs approach us on the possibility of making the season longer than just the summer so we are actively looking into putting a dome over the facility." Ray Webb, co-owner, Flourtown Swim Club. Click here to see video interview. 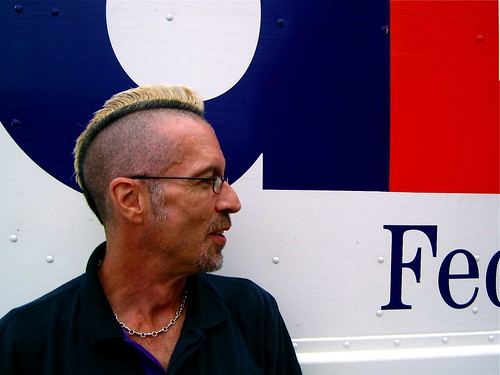 JUST WANTED TO ASK YOU WHETHER FEDEX GIVES YOU ANY GRIEF ABOUT YOUR HAIR? No, it's OK. I'm there almost twenty years and I do a good job, so... IS THERE A POLICY ON IT? Well, it's sort of a decision, district by district. And my run is actually in Mount Airy so it's a pretty cool neighborhood like Chestnut Hill. They don't hear anything so it's all good." Marty Maynard, Fedex driver. Click here to see video interview